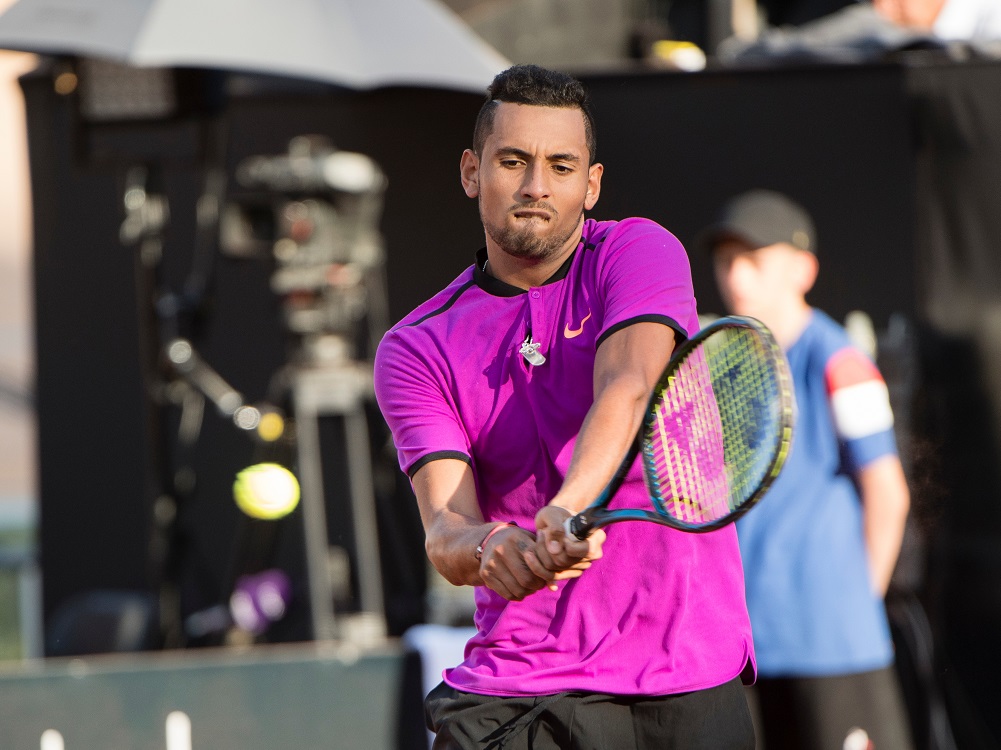 DELRAY BEACH, FL: World No. 13 Sam Querrey is playing the best tennis of his career, and the 30-year-old American’s commitment to play in Delray Beach Open’s 2018 ATP World Tour event returns another former champ to an already blockbuster lineup.

The good news doesn’t stop there: 2014 Wimbledon quarterfinalist Nick Kyrgios of Australia and Top 50 Canadian teenager Denis Shapovalov, two of the most colorful and top young stars on the ATP World Tour, will be making Delray Beach debuts.

The newest trio joins three other singles stars already booked into the 2018 field: world No. 9 and defending champion Jack Sock, world No. 11 and 2011 Delray Beach champion Juan Martin del Potro of Argentina and former world No. 4 Milos Raonic of Canada.

Since committing to Delray Beach, Sock and del Potro have played lights-out tennis. Sock won the regular season-ending Master Series 1000 tournament in Paris, rocketing the Kansas City resident into the Top 10 for the first time in his career, and qualifying him for the ATP World Tour Finals. The 2017 Finals, which are played in London, are reserved for the best eight players from the just-completed season. Sock is the first American playing in the event since Mardy Fish qualified in 2011.

Del Potro narrowly missed qualifying for the Finals, with his inclusion coming down to the Paris event where he reached the quarterfinals. The Argentine’s late-season run included winning the Stockholm title and reaching the final in Basel.

“We were saying over the summer that we already had our best field in history, but with Sock and Delpo’s incredible finish to 2017 and with the new trio who have signed with us —that puts it over the top,” said tournament director Mark Baron.

Querrey has enjoyed an amazing two-year run that began with his 2016 Delray Beach Open title. Since then, he has reached the quarterfinals or better at three Grand Slam events, made a semifinal appearance at Wimbledon, reached a career-high No. 13 ranking, and won ATP World Tour titles in Acapulco and Los Cabos to highlight his 2017 season.

While Querrey will be making his 10th appearance in Delray Beach, the buzz surrounding the two young stars can’t be overstated.

“These youngsters are two of the most exciting players on Tour,” said Baron. ” Nick Kyrgios and Denis Shapovalov are going to be household names in tennis for years to come.”

Kyrgios, 22, followed his 2014 Wimbledon run with a breakout season in 2016, winning three ATP titles with six wins over Top 10 players and a career-best No. 13 ranking. He has continued to be among the world’s best in 2017, with three more wins over Top 10 players, a first Master Series 1000 final in Cincinnati and semifinal finishes at the Indian Wells and Miami 1000 series events.

“I am super excited to make my debut in Delray Beach,” said Kyrgios. “It is a place I know well and have very fond memories of as I’ve spent a lot of time in the local area over the past few years. I feel very comfortable in Delray and I look forward to stepping out in front of the great crowds and putting on a good show for the fans.”

The Israeli-born Shapovalov has already qualified for the ATP World Tour’s new eight-player “Next Gen” Finals that features the world’s best under-21 players. The 18-year-old became the youngest player in the Top 100 in August—right on cue before breakout tournaments at the US Open and Master Series 1000 in Montreal.

Shapovalov upset del Potro and then-world No. 2 Rafael Nadal in front of home crowds on his way to the Montreal semifinal and then beat world No. 12 Jo-Wilfried Tsonga to reach the fourth round at Flushing Meadows. Now he’s moved into the Top 50, and the ATP also chose him as its 2017 “Stay of Tomorrow.”

When the six players arrive in Delray Beach in February, the tournament could have five in the Top 20—a first for the ATP 250 series event.

Shapovalov’s first-round match has been scheduled for Tuesday, Feb. 20 in the 2:30 pm time slot, giving the day session an all-Canadian flair with 2017 Delray Beach Open runner-up Raonic featured in the 12:30 pm match. Del Potro will play in Tuesday’s nightcap at 8:00 pm.

DELRAY BEACH, FL: The Delray Beach Open is making its annual shout-out to players in the amateur tennis-playing community to sign up for its “Survivor” event, a pre-qualifying tournament that will be held Nov. 18-21 at the Pro World Tennis Academy (651 Egret Circle, Delray Beach).

The deadline to enter the single-elimination tournament is Wednesday, November 15, at 11:59 pm EST. All participants receive two complimentary tickets to the 2018 Delray Beach Open ATP Champions Tour matches and a discount on additional sessions.

To register for the “Survivor” tournament, go to: 2017 Pre-Qualifying “Survivor” Wild Card Tournament Registration and use ID # 150602317 to register. More information is available at https://yellowtennisball.com/Survivor.