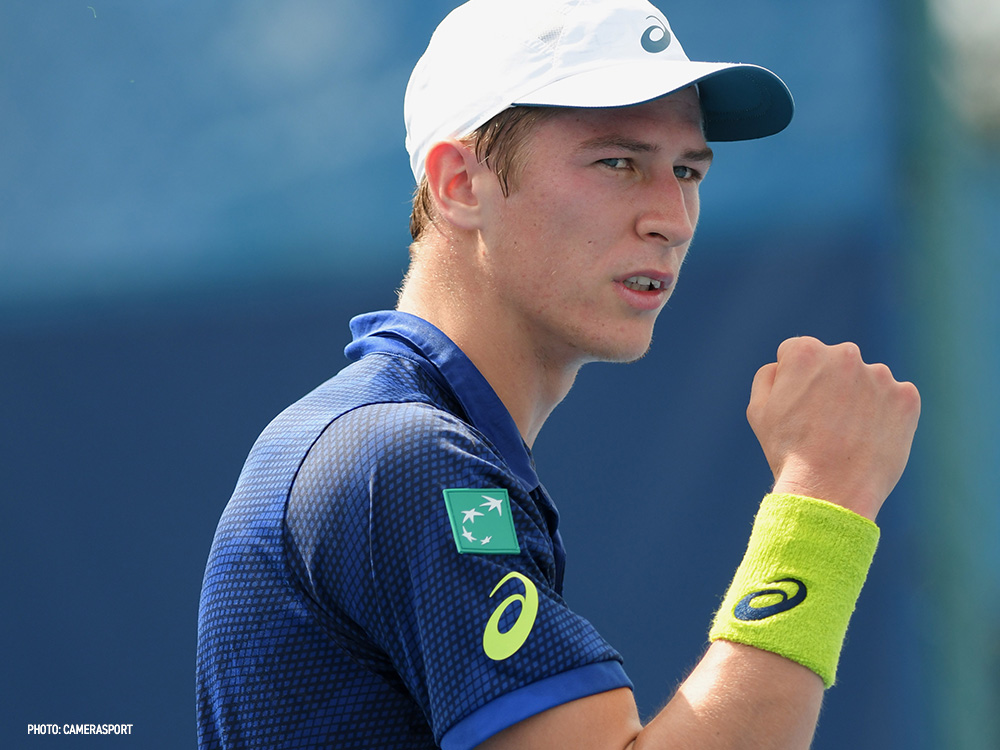 DELRAY BEACH, FLA. – Nothing about Kimmer Coppejans’ most recent performances suggested that the 23-year-old Belgian would register the first surprising result on the first day of the singles qualifying at the ATP Tour Delray Beach Open.

Coppejans, ranked No. 187 in the world, had been ousted in the round of 32 at each of his previous two tournaments this year, but he avenged one of those setbacks on Saturday when he rallied to defeat American Rajeev Ram, the runner-up at Delray Beach last year, 4-6, 7-5, 7-6(5) at the Delray Beach Stadium and Tennis Center.

Coppejans arrived here having been ousted in straight sets by No. 266-ranked Mackenzie McDonald at the San Francisco Challenger event. Prior to that, Coppejans also was ousted in the round of 32 by none other than Ram in three sets at the RBC Championships of Dallas. Ram, who lost to fellow American Sam Querrey in last year’s Delray Beach Open final, arrived here this week ranked No. 123 in the world but won’t have a chance now to make a similar run of a year ago.

The win advances Coppejans, coached by two-time Delray Beach champion Xavier Malisse, to a second-round qualifying match against South Korean Hyeon Chung on Sunday, with the winner claiming one of the four qualifying spots in the singles main draw that begins play on Monday.

Another Belgian, Steve Darcis, also breezed to a 6-2, 6-0 qualifying win against American Marcos Giron. Darcis, who recently propelled Belgium to the Davis Cup quarterfinals, next faces Darian King of Barbados. King, ranked No. 140 in the world, ousted Elias Ymer of Sweden 6-4, 6-1.

The only American to claim a first-round qualifying win Saturday was 29-year-old Tim Smyczek, who took down Canadian Peter Polansky in straight sets, 6-2, 6-2. Smyczek, ranked No. 162, most recently lost in the round of 32 in San Francisco and is trying to qualify for his sixth straight Delray Beach main draw. He next will face Canadian Vasek Pospisil, who beat 16-year-old American wild card Boris Kozlov 6-4, 6-1. Pospisil, a former Top-30 player, moved up to No. 118 in the world rankings after reaching the finals in San Francisco earlier this month.

Sunday’s other qualifying match will have Akira Santillan of Japan facing Benjamin Becker of Germany. The 19-year-old Santillan is ranked No. 194 in the world. He will be giving away 16 years when he faces the veteran Becker, who dropped 13 spots to No. 139 in the ATP rankings after losing in the round of 32 earlier this month at Quito, Ecuador. Becker, whose ATP career earnings top $4 million, needed three sets to defeat Philip Bester of Canada 6-2, 6-7(2), 6-2 Saturday in the day’s last qualifying match. The German is trying to reach his eighth straight Delray Beach main draw.