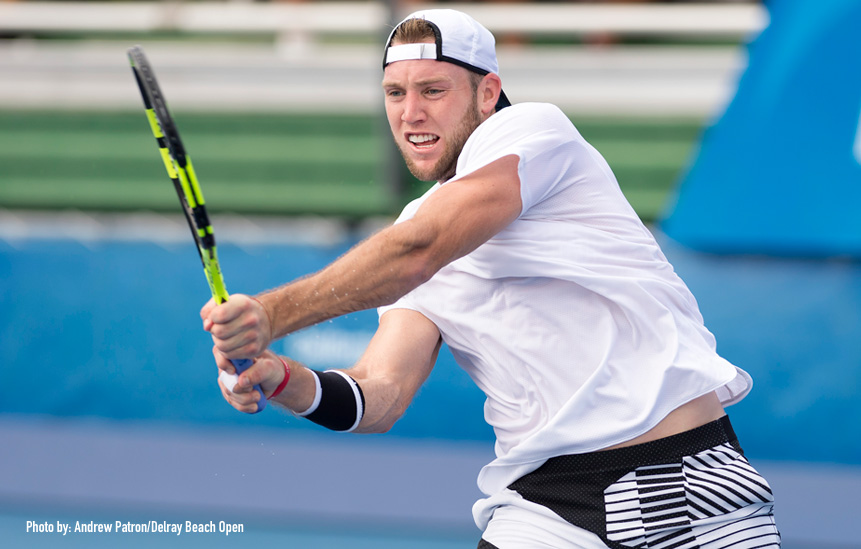 Delray Beach, FL: Top seed American Jack Sock will begin defending his Delray Beach Open title on Monday evening (Feb. 19) against qualifier John-Patrick Smith of Australia in the first round of the 2018 Delray Beach Open. Sock, the Kansas City resident, is ranked No. 8 in the world.

No. 2 seed Juan Martin del Potro of Argentina is matched against veteran Frenchman Jeremy Chardy for his first-round match, which will highlight the Tuesday evening session at 8:00 pm.

On Sunday, No. 5 seed Nick Kyrgios withdrew with an elbow injury, which moved Canadian Milos Raonic into the No. 8 seed and a first-round matchup Daniel Taro of Japan.

The Raonic-Daniel first-round match is scheduled for Tuesday, Feb. 20 at 12:30 pm as part of “Canada Day” at the Delray Beach Stadium & Tennis Center. Raonic was the tournament’s top seed a year ago, and the highest ranked player (No. 4) to play in the Delray Beach Open in its 25-year history.

Nol. 6 seed John Isner, the three-time Delray semifinalist who accepted a wild card Thursday, opens with Radu Albot of Moldavia while No. 7 seed Adrian Mannarino of France plays young American Jared Donaldson. Australian Open semifinalist Hyeon Chung of South Korea is seeded No. 8 and drew a qualifier. Chung is into the Delray Beach main draw for the first time after he did not move on from Delray’s qualifying draw a year ago.

Four qualifiers will be determined on Saturday and Sunday from the 16-player qualifying draw.