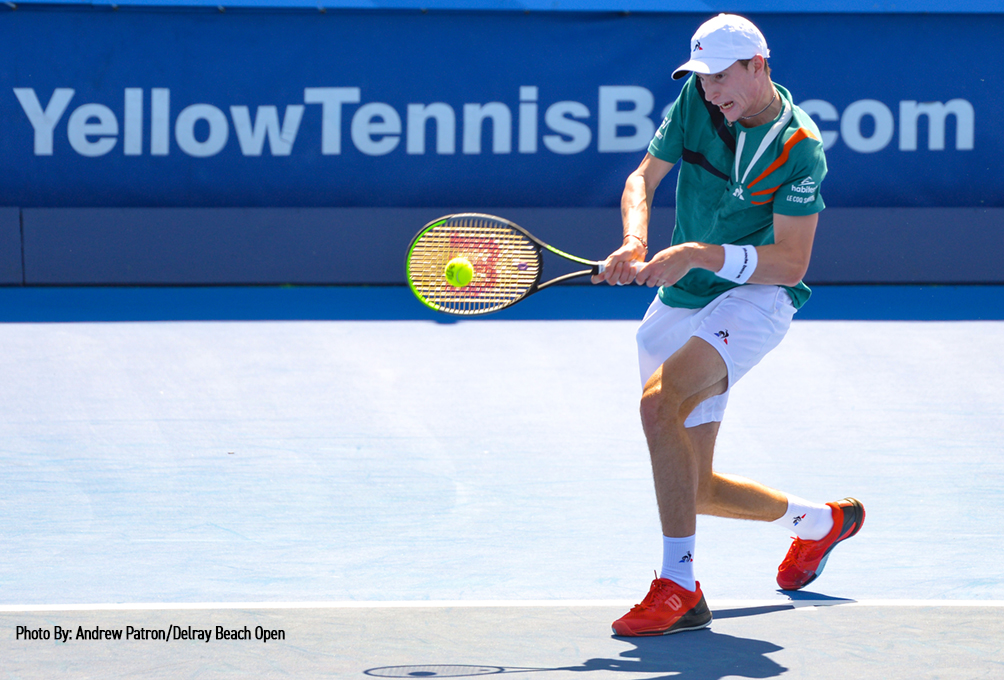 DELRAY BEACH, Fla. – Both players are in their early 20s, both are closely ranked in the Top 50 of the ATP Tour rankings and both Ugo Humbert and Miomir Kacmanovic entered their second-round match Thursday afternoon with identical 7-3 match records in 2020. Head-to-head, however, is where the similarities were significantly different, with Kacmanovic having won all three of his previous matches against Humbert, including last week in the quarterfinals at the New York Open.

That changed Thursday, however, when Humbert finally found a way to beat the No. 50-ranked Kacmanovic, earning a 6-4, 7-6(6) decision against his 20-year-old nemesis at the ATP Tour’s Delray Beach Open.

“It was tough against Miomir because he’s a great player. Against me he plays always (well),” said Humbert, who is ranked No. 44 in the world and is the No. 6 seed here this week.

Although the 21-year-old Humbert won in straight sets, the match was as competitively close as his three-set loss to Kacmanovic last week in New York. He broke Kacmanovic’s serve twice in the last three games of the first set and found a way to win a back-and-forth tiebreaker in the decisive second set.

“I was better in key points, so I’m very happy to win against him for the first time,” Humbert said.

Humbert has gotten off to a good start this year. He captured his first ATP Tour title at Auckland last month and improved his match record to 8-3 in 2020 with his win Thursday.

“It gave me a lot of confidence, but it’s not the same conditions every week,” Humbert said of winning his first title that included wins against Top 20-ranked players Denis Shapovalov and John Isner. “When you win a match, you have to enjoy the victory because it’s not easy every week. It’s great to be in a quarterfinal again.”

Humbert is the only remaining seed in the top half of the draw here, and next will face either Frances Tiafoe or Tommy Paul in Friday’s quarterfinals.