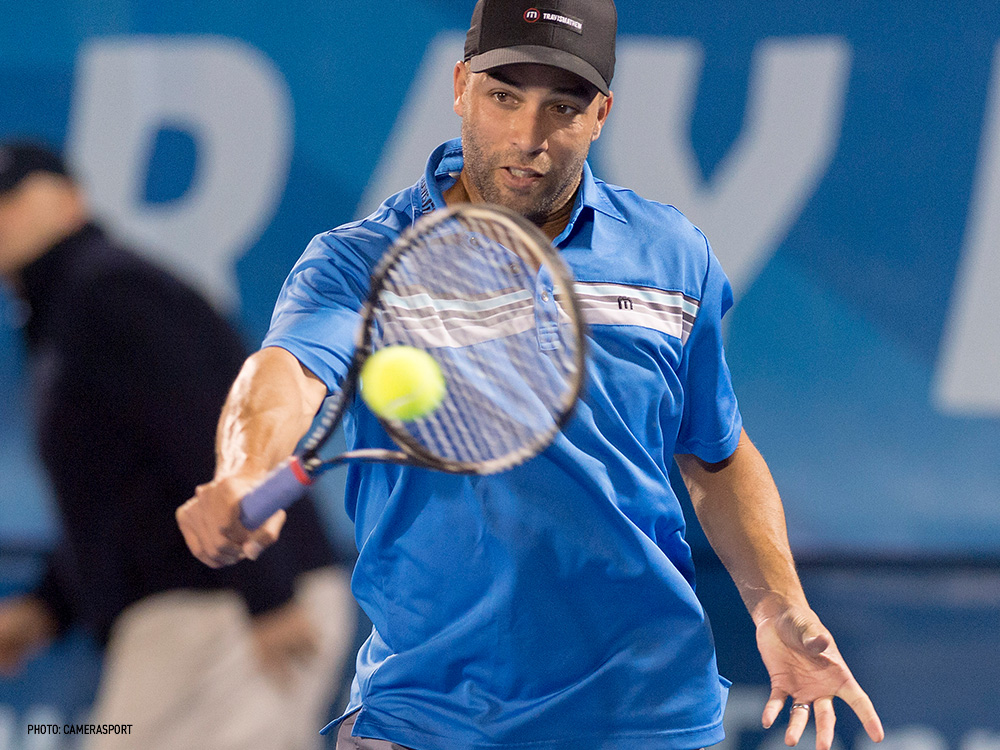 The 2017 Delray Beach Open got underway with a pair of wins for Team USA in the opening matches of the ATP Champions Tour. Fans gathered in the Delray Beach Stadium & Tennis Center to watch the Americans face off against Team International.

Former Vero Beach resident Mardy Fish got the ball rolling for Team USA, taking down current resident Mikael Pernfors of Sweden 6-4, 6-4. The former pros goaded each other on and interacted with fans throughout the match.

After a failed between-the-legs trick shot in the first set, Fish joked, “Someone switched my racket.” He later remarked “I planned that differently in my head.”

In his second year playing in Delray Beach’s ATP Champions Tour event, Fish overpowered Pernfors, forcing him up and down the baseline. When Pernfors finally hit a drop shot he proclaimed to Fish, “That’s the only way I’m going to tire you out is with a long run.”

Said Fish of Pernfors, “It’s a privilege just to be on the court with him. I want to respect him as much as I can.”

Blake, who trailed Gonzalez 7-3 in their match-ups on the ATP World Tour, finally got the best of the Chilean.

“It’s fun, anytime you get that kind of format where you’re playing for Team USA,” said Blake. “Didn’t think I’d ever have that again after the Davis Cup, so it makes it a little more interesting. Fernando has got the better of me the last few times on the regular tour, so it was fun to kind of figure it out and get a little bit of revenge.”

During their match, Gonzalez momentarily stopped the action to talk to fans, while Blake joked around with his mother who was watching from the stands. After the match, the pair stopped to sign autographs and take pictures with their young supporters.

Vince Spadea, the third member of Team USA, was a mainstay on the ATP World Tour for 16 years. He will join Blake in a doubles match against Pernfors and Frenchman Sebastien Grosjean tomorrow at 12:30 p.m. Spadea will then face Pernfors in a singles match at 6 p.m.

Grosjean, who lives locally in Boca Raton, will be playing in his second straight Champions Tour weekend in Delray Beach.

The format for the Champions Tour matches Team USA (Fish, Blake, and Spadea) against Team International (Pernfors, Gonzalez, and Grosjean) in a best-of-eight round-robin event spanning three days. The lone doubles match is a new feature in 2017.

“Team USA is going to dominate!” joked Fish. “ We’ve got James Blake who kind of messes up the team camaraderie a little bit, just with his personality, just a little bit off. But Vince Spadea will bring it right back in so it will be fun!”