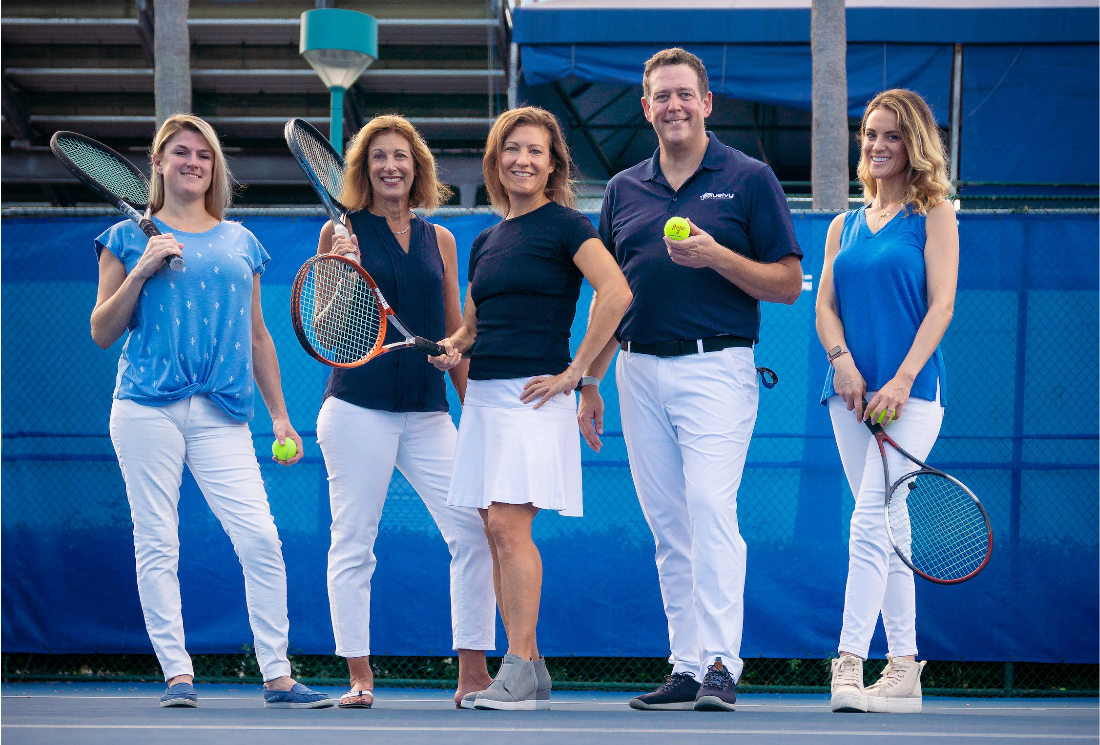 As the Official Public Relations Agency of the Delray Beach Open, BlueIvy Communications is responsible for creating media opportunities and securing media placements for all off-court happenings and events. The 2023 Delray Beach Open will take place Feb. 10-19, 2023, and will mark the tournament’s 25th year in Delray Beach, where it has become a can’t-miss event on the jam-packed South Florida events season calendar.

Citing BlueIvy’s achievements from the past three years, including their role in a record-breaking 2022 tournament that smashed ticket sales expectations and saw sold-out crowds and events throughout the 10-day affair, John Butler, Executive Director of the Delray Beach Open, shared his enthusiasm for continuing the partnership with BlueIvy Communications. “It’s important for us to work with the rich talent we have here locally in producing and sharing the show. BlueIvy Communications has created fantastic media opportunities and results over the past three years. We’re eager to grow those established connections and continue opening new doors with the BlueIvy team. Their energy, relationships, creativity and ability to execute with the bottom line in mind is rewarding for us.”

“We are thrilled to continue our relationship with the Delray Beach Open and help to build even more local, national and international excitement for this stand-out South Florida event,” added Melissa Perlman, BlueIvy Communications Founder & President. “The last three years have been a blast and we look forward to getting the word out about this must-see and must-experience tournament for Floridians, tourists and tennis enthusiasts from all over the world.”

The 10-day combined event will begin with an ATP Champions Tour team event opening weekend Feb. 10-12 featuring a field of the game’s legends. Singles and doubles main draw action for the ATP 250 event starts Monday, Feb. 13 and concludes with the finals on Sunday, Feb. 19.

The tournament has been both a launching pad for stardom and a place for the game’s elite to raise the trophy. Recent Delray Beach champions include Grand Slam semifinalists Cameron Norrie (2022 Wimbledon), Frances Tiafoe (2022 US Open), Hubert Hurkacz (2021 Wimbledon) and hometown hero Reilly Opelka. In 2014, Marin Cilic hoisted the Delray Beach Open trophy before winning the US Open later that year. Juan Martin del Potro won the DBO two years after his US Open triumph, and Lleyton Hewitt was champion in Delray Beach on his way to becoming the world No. 1 and winning two Major titles. Other competitors over the previous 30 years of the ATP 250 event include a roster of Hall of Famers and fan-favorites with Andre Agassi, Andy Roddick, Tommy Haas, Patrick Rafter, Jim Courier, Kei Nishikori, Michael Chang, the Bryan Brothers, the Woodies, Ivan Lendl, Mats Wilander and Jimmy Connors among the most notable.

The Delray Beach Open will be celebrating its 31st overall event in 2023, it’s 25th tournament in Delray Beach, Florida. The Palm Beach County stop on the global ATP Tour annually plays in front of over 60,000 fans in addition to reaching television audiences in over 50 countries over the course of 10 days.

BlueIvy Communications is a boutique communications and public relations agency with offices in West Palm Beach and Delray Beach, Florida. Founded on the principles of creative thought, superb writing and a commitment to client service, BlueIvy Communications has consistently offered its diverse client base unmatched service and quality since 2011. The Company specializes in building brands, securing positive media coverage, and enhancing its clients’ reputations in the media, key markets and the community. Learn more at www.BlueIvy.co.

About The Delray Beach Open: The only tournament in the world featuring an ATP Champions Tour event and an ATP Tour event in the same week at the same venue is held in Delray Beach, Florida, February 10-19, 2023 at the Delray Beach Stadium & Tennis Center. The ATP Tour’s first North American hard court event of the outdoor season is one of just 10 ATP Tour events in the United States. 2023 will be its 25th year in Delray Beach, and 31st overall. The 3-day, ATP Champions Tour team-event is in its 14th year and was the first-ever ATP Champions Tour event played on US soil. Each year the Delray Beach Open brings world-class tennis players and thousands of visitors to Delray Beach and Palm Beach County. In 2010, the tournament received the Discover The Palm Beaches Florida’s annual Providencia Award for its extraordinary contribution to tourism. The City of Delray Beach was also a finalist for the USTA’s “Best Tennis Town” Award and in 2003, the tournament was the recipient of an “ATP Award of Excellence.” For more information please visit www.YellowTennisBall.com.