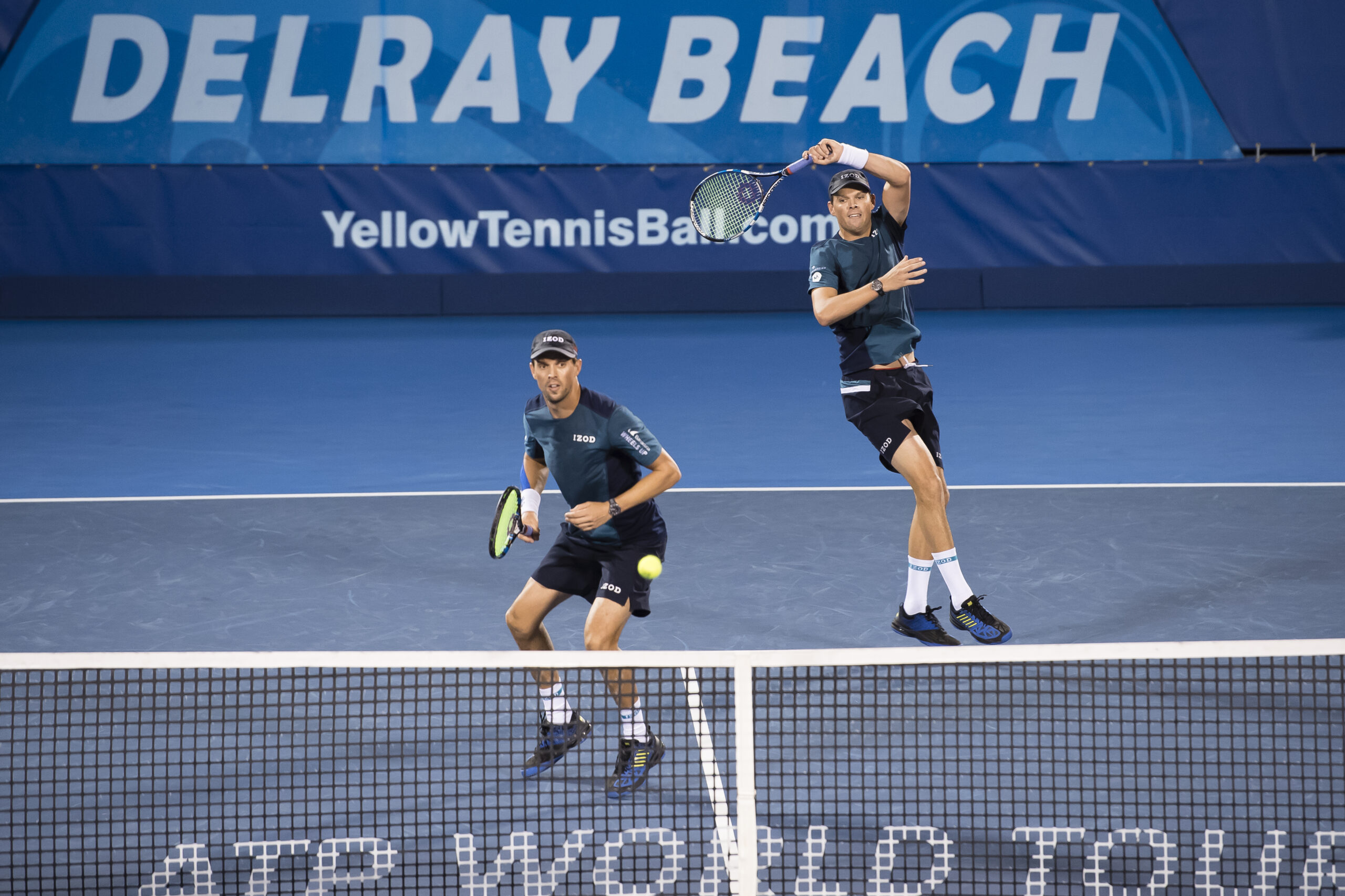 DELRAY BEACH, Fla. (Jan. 5, 2023) – Five players who were Delray Beach Open champions during their ATP career will be represented when the ATP Champions Tour legends kick off this year’s tournament Feb. 10 at the Delray Beach Stadium & Tennis Center. The event has announced the legends player lineup and schedule of Opening Weekend Feb. 10-12, ahead of the ATP 250 tournament that runs Feb. 13-19.

The weekend also features qualifying draw matches for the ATP 250 tournament, an ATP pro-am, Legends Clinics, non-profit clinics and special pricing for kids and seniors. Kids and adults have opportunities to learn from the Delray Beach Open players in various clinics over the weekend, while more ambitious players can test their game by playing alongside and against DBO players in the scheduled pro-am events. See the full opening weekend schedule below for more information. 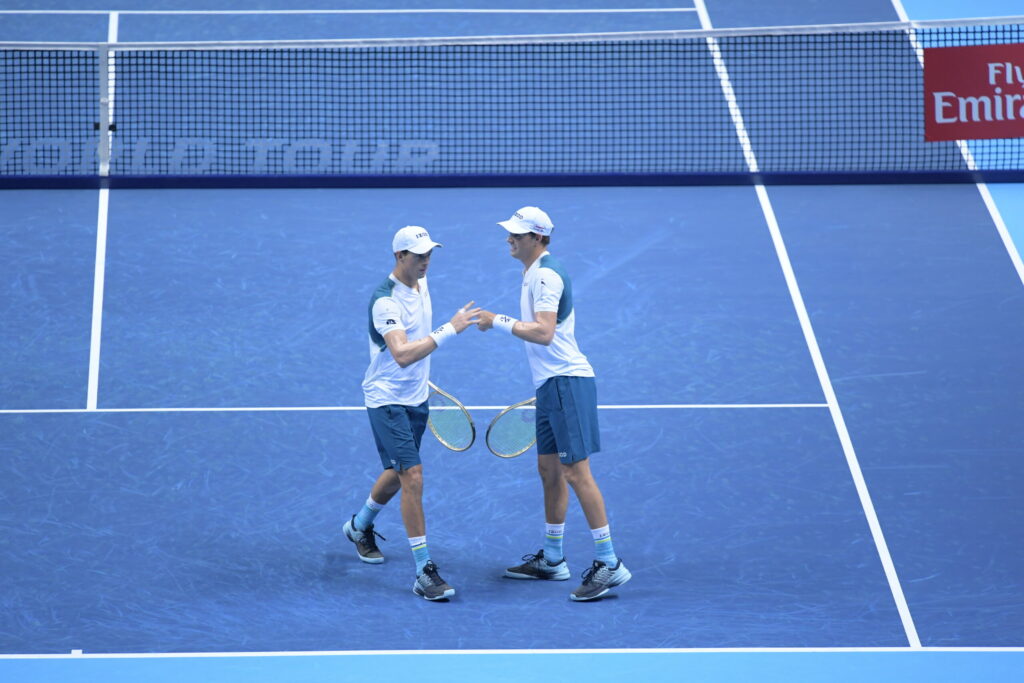 Identical twins Bob and Mike Bryan, fan favorites in Delray Beach and around the world, return to the courts where they won a record six doubles titles from 2009 to 2020, retiring from the tour after the 2020 title. They are the winningest team in the history of the sport with 119 titles, including a record 16 Major championships. They are the only doubles or singles players to sweep all four Grand Slams, nine ATP Masters 1000 events, the ATP Finals and Olympic gold. The brothers finished 10 seasons as the ATP’s No. 1 ranked team during their storied career. They are making their third appearance in the Champions tour event in Delray Beach. Bob, who is two minutes older than Mike, is left-handed, while Mike is right-handed making them “mirror” twins and an ideal doubles tandem. 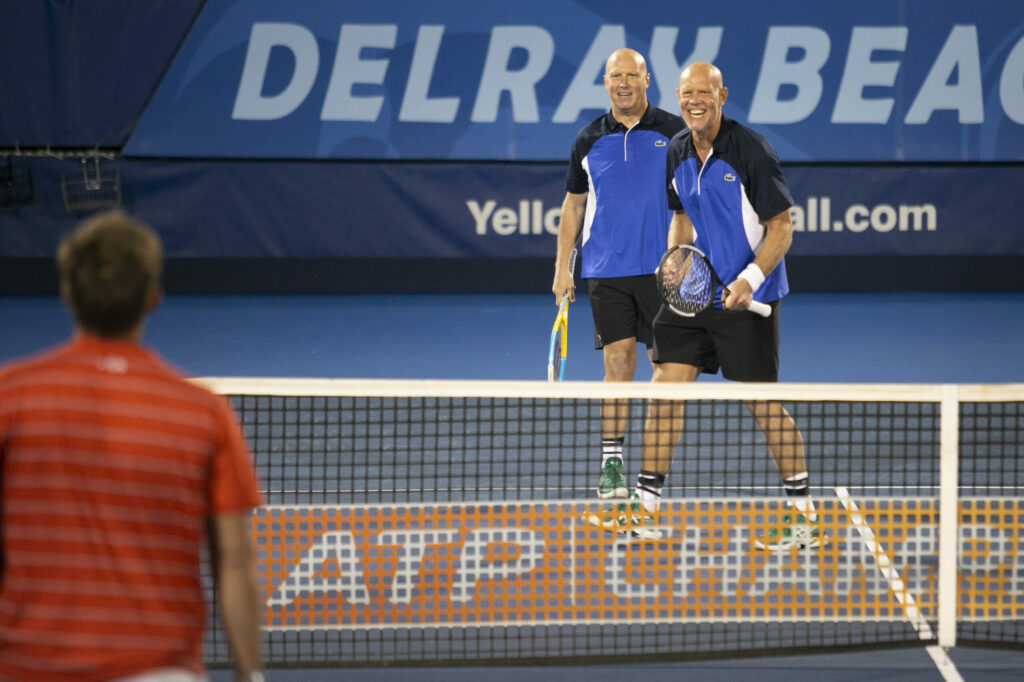 They will be joined by another Grand Slam-winning brother duo, Luke and Murphy Jensen. The Jensens won the 1993 French Open doubles title, their first of four titles together on the pro tour, and finished that year as the No. 5 team on the ATP Tour. The brothers played this ATP Tour 250 doubles tournament together nine times, reaching the final in 1997 and the semifinals in 1996 when the event was played in Coral Springs. Both were collegiate All-Americans, Luke at Southern California and Murphy at Georgia. Luke, who is two years older, is nicknamed “Dual Hand Luke” for his ability to play with both hands.

Three former DBO singles champions will be represented, as well. Jan-Michael Gambill is one of only four players to win the ATP Tour event twice, which he did in 2001 and 2003. He also won the doubles title in 2001, making him one of only three players to win both titles in the same year. Gambill won three singles titles and five doubles titles on the ATP Tour. He reached the 2000 Wimbledon quarterfinals and held a career-high ranking of No. 14. 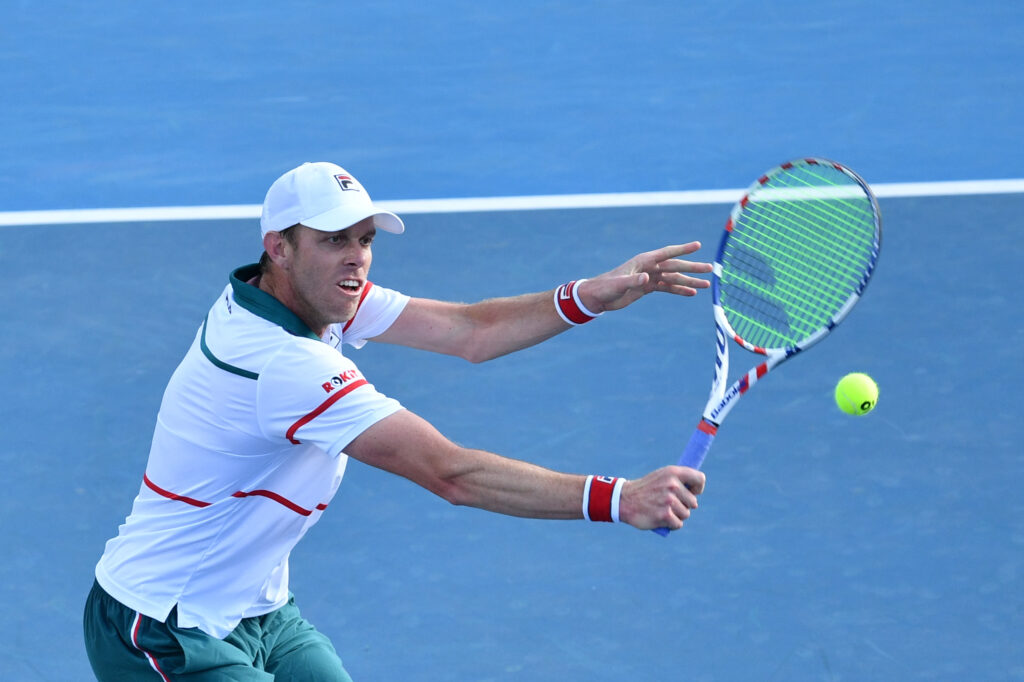 Perennial Delray Beach favorite Sam Querrey is new on the ATP Champions Tour this year, having closed out his ATP Tour career last season. He hoisted the DBO trophy in 2016 and played the ATP Tour event 12 times, tied for third all-time. Querrey achieved a career-high ranking of No. 11 and won 10 ATP Tour titles, collecting wins over No. 1-ranked Novak Djokovic (2016 Wimbledon), No. 1-ranked Andy Murray (2017 Wimbledon), and former No. 1 Rafael Nadal (2017 Acapulco).

Delray Beach Open 2015 winner and Plantation resident Ivo Karlovic is recently retired and brings his powerful serve to the ATP Champions Tour. Karlovic held the record for most career aces on the ATP Tour with 13,728 until last year when he was surpassed by John Isner. He reached a career-high ranking of No. 14 and won eight ATP Tour titles. He holds the single-match ace records for the ATP Tour (45), Australian Open (75), Roland Garros (55), US Open (61) and Davis Cup (78). Standing at 6-11, he is tied with Reilly Opelka as the tallest pro players in history.

Canadian Jesse Levine is playing the ATP Champions Tour here for the fifth time and played the ATP Tour tournament on four occasions. Jesse reached a career-high ranking of No. 69, and captured the biggest win of his pro career over former world No. 1 Marat Safin at 2009 Wimbledon. Jesse was a doubles finalist in Houston in ’09 and won five career Challenger titles. As a University of Florida freshman in 2006-07, he put together a 24-1 record All-American season and was named National Rookie of the Year. He currently does tennis commentary for Canadian television and is Tennis Director at Boca Bridges Racquet Club, whose membership will be out to cheer him on in the Champions tour event.

The ATP Tour 250 main draw tournament gets underway on Monday, Feb. 13. Taylor Fritz, Reilly Opelka and John Isner headline the tournament. Isner will play at 12:30 p.m. on Tuesday, Feb. 14 (session 7) and Fritz will start his tournament Wednesday evening at 8 p.m. (session 10). Previously announced players Cameron Norrie and Denis Shapovalov will not play the event due to schedule changes, and Kei Nishikori has withdrawn with an ongoing foot injury.

A new Netflix series, “Break Point,” which follows ATP and WTA stars behind the scenes at tournaments around the world, starts streaming Jan. 13 when the first five episodes are released. The series trailer dropped today and Fritz will be featured in episode 3.

There are many special ticket offers for seniors, kids, USTA members, groups and multi-session tickets. Opening Weekend covers sessions 1-4. Sessions 1-6 are free for military, police, fire fighters, first responders and nurses with ID, based on availability. Senior Days offer buy one box or reserved ticket, get one free to fans 55 and older for the day sessions on Saturday, Feb. 11, Monday, Feb. 13 and Wednesday, Feb. 15 (sessions 2, 5 and 9).

All individual session tickets for the Delray Beach Open are on sale and start at just $42. Weeklong series packages can now be secured for a $100 deposit. Veranda series packages have already sold out but a variety of series packages are still available starting at $750, including reserved seats, courtside box seats and on-court “Best Seats in the House.” Packages include parking and exclusive amenities, making them an all-inclusive deal.