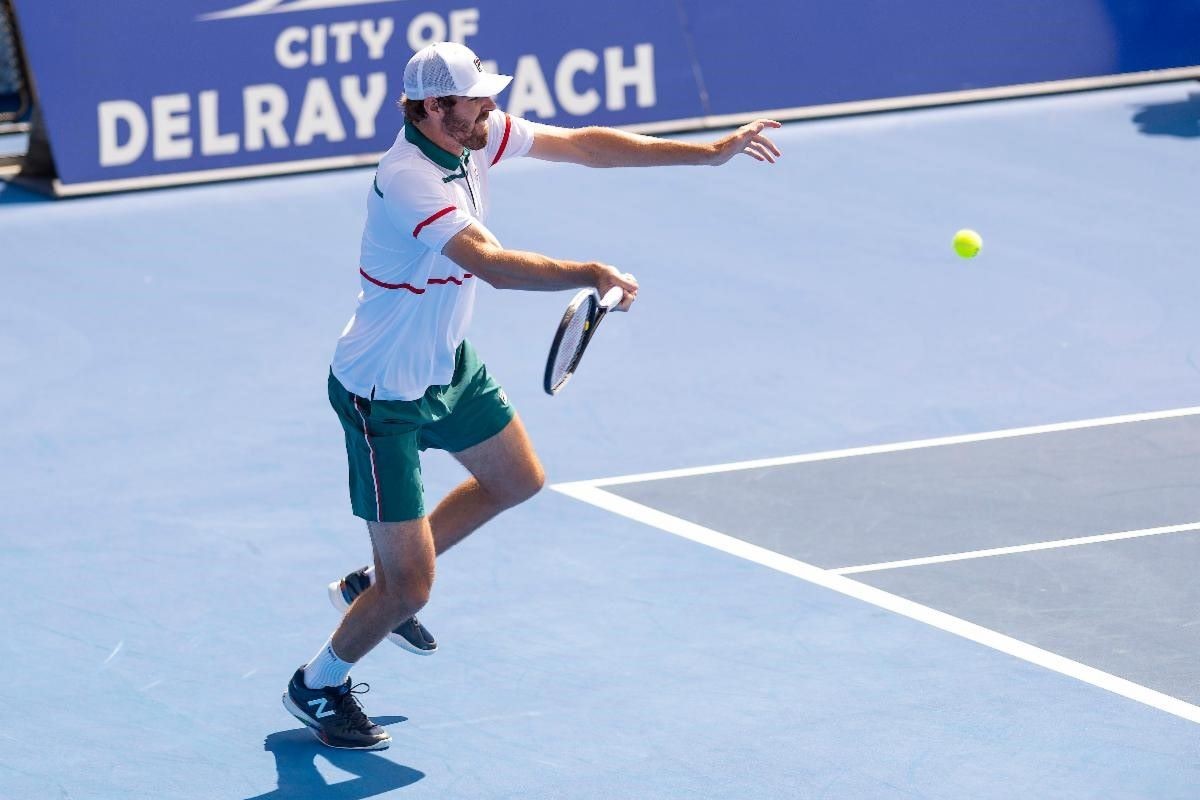 DELRAY BEACH, Fla. – The Delray Beach Open by VITACOST.com will be a season-opening event on the ATP Tour following a date change moving the tournament to January 4-13.

“The City of Delray Beach along with our tournament staff worked very quickly to take advantage of this chance to play host to a season-opening event,” said Tournament Director Mark Baron. “The players are eager to get back to playing in tournaments and we are happy to provide that opportunity. We look forward to welcoming them as well as our fans to a healthy and safely produced event in a few short weeks.”

Originally scheduled for February, the 2021 Delray Beach Open by VITACOST.com will feature the ATP Champions Tour legends event Jan. 4-6, which will run concurrently with the ATP 250 qualifying matches on Jan. 5-6. The main draw for the ATP 250 tournament, which will feature 28 players in singles and 16 teams in doubles, will begin Thursday, Jan. 7 with two sessions each day until the finals are contested during a single session on Wednesday, Jan. 13.

“These are unprecedented times, and I would like to thank the tournament organizers for their willingness to adapt by moving into week one of the ATP Tour calendar at such short notice,” said ATP Chairman Andrea Gaudenzi. “Providing playing opportunities for our players and ensuring our sport is delivered to fans worldwide in a safe and secure environment is our number one priority. It’s only with an entrepreneurial mindset that we can achieve our goals, and full credit goes to Mark Baron and his team for taking on this opportunity to launch the 2021 ATP Tour season. We wish them all the best for a successful week.”

Patrons who previously purchased tickets for the February dates will be contacted by tournament staff regarding opportunities to exchange their tickets for the new dates.

Last year, Delray Beach resident Reilly Opelka served a tournament record 99 aces during the week in which he won his second career ATP Tour title. In doubles Bob Bryan and Mike Bryan captured their sixth Delray Beach Open by VITACOST.com title and their 119th as a team. It was the final tournament for the twin brothers who announced their retirement in August. In the opening weekend’s ATP Champions Tour matches, Team Europe, led by Tommy Haas and David Ferrer, earned a 5-2 win over the James Blake-led Team World. This marked the third straight defeat for the home nation in ATP Champions Tour competition at Delray Beach.

Following the season-opening Delray Beach Open by VITACOST.com, players will travel to Australia for the rescheduled Australian Open.

While these dates mark the earliest that the Delray Beach Open by VITACOST.com has been held, it will not be first time the tournament has seen action in January. On three occasions, 2005-07, the tournament began in January before concluding in February. The tournament was held in May from 1993 through 1999, in March from 2000-2003, in September 2004 and has been contested in February since 2005.

About The Delray Beach Open by VITACOST.com: The only tournament in the world featuring an ATP Champions Tour event and an ATP Tour event in the same week at the same venue will be held in Delray Beach, Florida, January 4-13, 2021, at the Delray Beach Stadium & Tennis Center. The ATP Tour’s first North American hard court event of the outdoor season is one of just 10 ATP Tour events in the United States. 2021 will be its 23rd year in Delray Beach, and 29th overall. The three-day, ATP Champions Tour team-event is in its 12th year and was the first-ever ATP Champions Tour event played on US soil. Each year the Delray Beach Open by VITACOST.com brings world-class tennis players and thousands of visitors to Delray Beach and Palm Beach County. In 2010, the tournament received the Providencia Award from Discover The Palm Beaches Florida for its extraordinary contribution to tourism. The City of Delray Beach was also a finalist for the USTA’s “Best Tennis Town” Award and in 2003, the tournament was the recipient of an “ATP Award of Excellence.” For more information please visit www.YellowTennisBall.com.