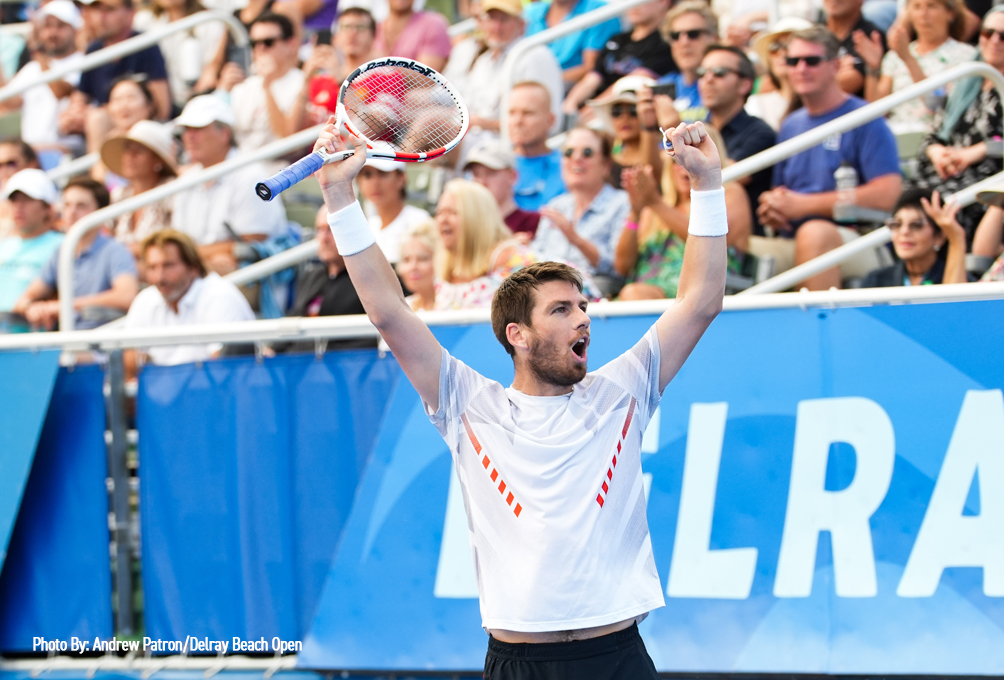 DELRAY BEACH, FLA. – (Aug. 24, 2022) – With the start of the U.S. Open just days away and professional tennis on our minds and screens, it’s time to make plans to attend the Delray Beach Open in February to see the game’s stars up close as the tournament celebrates 25 years at the Delray Beach Stadium and Tennis Center.

Individual tickets for the Delray Beach Open (www.YellowTennisBall.com) scheduled for Feb. 10-19 go on sale Thursday, August 25, and start at just $42.

The 10-day combined event will begin with an ATP Champions Tour team event opening weekend Feb. 10-12 featuring a field of the game’s legends. Singles and doubles main draw action for the ATP 250 event starts Monday, Feb. 13 and concludes with the finals on Sunday, Feb. 19.

Tournament director Mark Baron’s lifelong passion for tennis and commitment to the sport make this tournament second only to the Hall of Fame event in Newport, R.I. as the longest running U.S. ATP 250 tournament at the same site with the same ownership. It has become a can’t-miss event on the jam-packed South Florida events season calendar, including Palm Beach County’s “Ultimate Week of Sports,” the South Beach Wine & Food Festival and the Miami Open.

“I am so proud of what this tournament has become and the way the people of Delray Beach have embraced it,” said Baron. “We’ve been able to make this a staple of the Delray Beach sports scene because of the amazing support we receive from the community. We can’t wait to celebrate 25 years with everybody at the best party in tennis.” The tournament is known for its special events such as “Game, Set, Pour”, “Ladies Luncheons” and new this year “Tacos, Tequila and Tennis.”

In addition to individual session tickets, weeklong series packages can now be secured for a $100 deposit. Veranda series packages have already sold out but a variety of series packages are still available starting at $750, including reserved seats, courtside box seats and on-court “Best Seats in the House.” Packages include parking and exclusive amenities, making them an all-inclusive deal. A Finals Weekender package starts at $300 and includes quarterfinals through finals tickets.

Some of the world’s best players launch their careers at the Delray Beach Open. Since winning this year’s event, British player Cameron Norrie has vaulted into the world’s Top 10, reached the semifinals of Wimbledon, upset red-hot Top 5 player Carlos Alcaraz and will be one of the top eight seeds at the U.S. Open. Former champion American Frances Tiafoe, now No. 24 in the world, continues to light up crowds with his game and personality, nearly defeating Nick Kyrgios in Washington before upsetting Matteo Berrettini in a thriller last week in Cincinnati. Look for these Delray Beach Open champions and more during the U.S. Open.

The Delray Beach Open will be celebrating its 31st overall event in 2023. The Delray Beach stop on the global ATP Tour annually plays in front of over 60,000 fans in addition to reaching television audiences in over 50 countries over the course of 10 days.