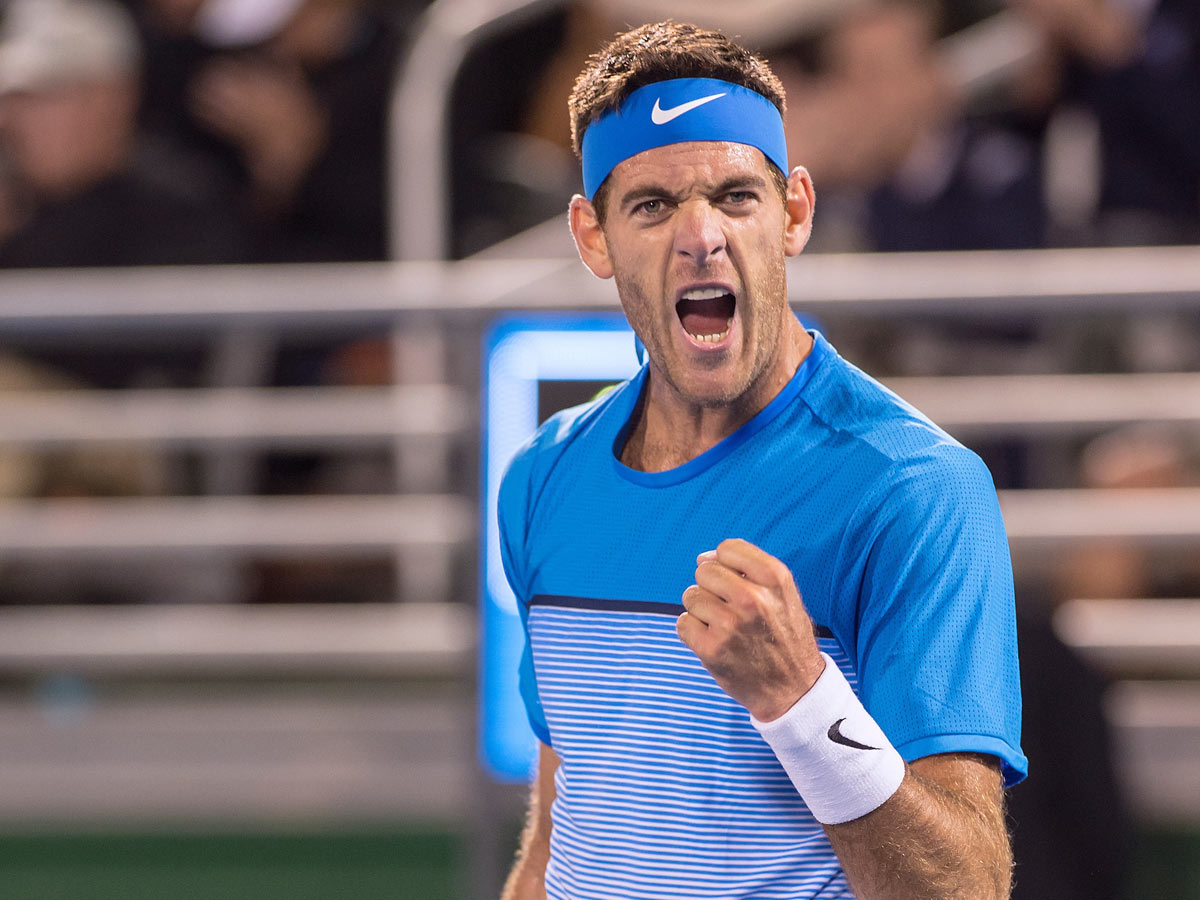 Posted at 00:01h in Newswire by DBOadmin2 0 Comments
4 Likes
Share

Along with the signing of del Potro, the tournament announced that Top 25 American Jack Sock and Top 20 Ivo Karlovic have also committed to the event.

Del Potro and Karlovic won titles in Delray Beach in 2011 and 2014, respectively.

The three join Wimbledon finalist and world No. 6 Milos Raonic and the all-time No. 1 doubles tandem Bryan Brothers in solidifying Delray Beach as their destination in February on the ATP World Tour calendar.

“This is an amazing start for us – to have such an outstanding group of players this early in our planning,” said tournament director Mark Baron. “We are thrilled that Juan Martin had great experiences in his previous trips to Delray Beach and that he’s eager to play here again. We will continue to sign additional top players who want to make our tournament their destination in February.”

The 27-year-old del Potro began his comeback from wrist surgery earlier this year in Delray Beach, and his high level of play since that return has been remarkable.

After reaching Delray’s semifinals – his first tournament in more than a year – the 2009 US Open champion has risen from a ranking of 1,042 in the world to No. 64.

A quarterfinal finish at the recent US Open, a silver medal in the Rio Olympics where he had wins over No. 1 Novak Djokovic and No. 5 Rafael Nadal, and a 22-10 season record propelled him into the Top 100 for the first time in two years. Del Potro then beat his third Top 5 player in a month by downing Andy Murray in Davis Cup competition last week.

The 23-year-old Sock has vaulted into the Top 25 after reaching a pair of ATP World Tour finals in 2016 at Auckland and Houston. He reached the final 16 in two weeks ago at the US Open, including a third-round win over world No. 9 Marin Cilic.

Sock won a pair of medals in Rio: a gold in mixed doubles with Bethany Matek-Sands and bronze in doubles with Steve Johnson. He has six ATP doubles titles to his credit, including the 2014 Wimbledon doubles championship with Canadian Vasek Pospisil.

Karlovic, 37, is bidding to finish in the year-end Top 20 for the first time in his 19-year career. The 6’11” Croat recently shattered the US Open record for match aces by firing 61 in his first-round win. He reached the Open’s fourth round and also won ATP World Tour titles in Newport and Los Cabos since July.

The all-time ATP World Tour aces leader will be returning to Delray Beach for a ninth time, where he has an 11-7 record and reached a pair of finals.

With such a strong group of stars already in the fold, the tournament is featuring its series packages that include tickets for all 17 sessions at a discounted price. The 10-day event begins with three days of ATP Champions Tour competition featuring legends of the game, and then showcases a full seven days of ATP World Tour action.

The Reserved Diamond Series, also including tickets to all 17 sessions, is priced at $600. Reserved seats (sections A – O) are located just behind the box seats, have back support and arm rests and come with premier parking passes.

The popular Weekender Series that includes a reserved seat for the quarterfinals, semifinals and finals (sessions 13-17) is $250 and also includes premier parking.

Tickets are available online at yellowtennisball.com/series-seats/. Patrons can also visit the on-site box office at 30 NW 1st Avenue in Delray Beach, or call 561-330-6000.