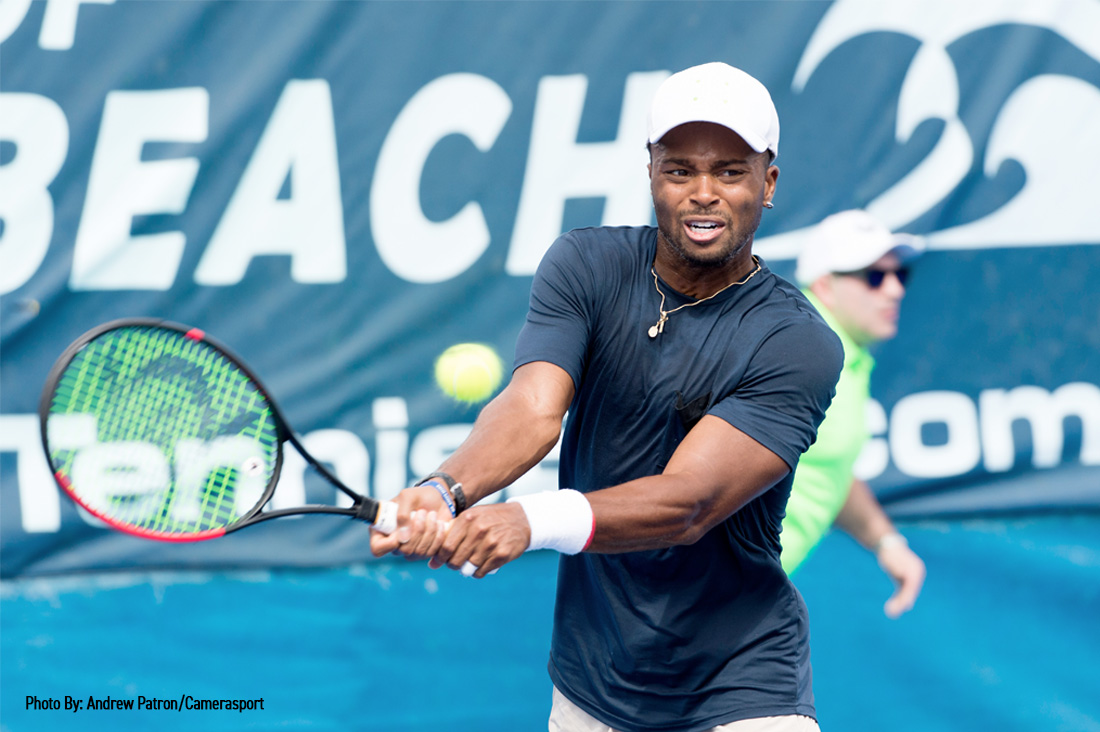 DELRAY BEACH, Fla. – It’s been almost a year since Donald Young had an ATP world ranking in the top 100, and he’s coming off a disappointing, if not trying, 2018 campaign.

But this weekend, the 29-year-old American is hoping to rekindle some of the magic that the left-hander has enjoyed here in the past at the ATP 250 in Delray Beach. Young was a semifinalist here two years ago, losing to eventual champion Jack Sock. Two years earlier, he made it to the 2015 finals, losing to Ivo Karlovic.

Young arrived here this week with a No. 201 world ranking, far removed from his career high of No. 38 in 2012 when he was tabbed as a rising star among the American contingent. He took a first step toward regaining what he hopes will be another successful run here when he won his first-round qualifying match Saturday with an impressive 6-3, 7-6(2) win against fellow American Bjorn Fratangelo, the No. 1 seed among the 16 players trying to navigate two rounds of qualifying for the main draw that includes world No. 4 Juan Martin del Potro.

“That’s the goal, to get into the main (draw). That’s why I came here,” Young said after his win against Fratangelo. “But I need one more step, then we can talk about the main draw.”

Young has shown some signs so far this year of possibly regaining his form from two years ago when he was ranked as high as No. 42 in the world. He slipped out of the top 100 rankings in mid-March of last year and nine months later had slid all the way to No. 272 before ending 2018 at No. 248. He has made the semifinals at two ATP Challenger tournaments in 2019 – at Newport Beach and Noumea, New Caledonia.

“Last year wasn’t good,” Young said. “I was dealing with injuries and some other issues. To be back and playing well within myself again feels good. I mean, the confidence isn’t quite there, but I’ve been winning a lot of matches this year, so that’s been good as well, even though it’s Challengers. (Made) couple of semis. It’s been good. Every match you win you’re just building a block on top of another, just like building a house.”

A key moment in Young’s match Saturday was in the second set when Young was trailing 5-4. He made a couple of outstanding shots to break Fratangelo and knot the set at 5-all, then won the tiebreaker in convincing fashion.

“I knew it was going to be tough, so I was happy to come out with a win,” Young said. “I like it here. I’ve had good memories from the past (at the Delray Beach Open) and you want to play tournaments you feel good at.”

Young will face Daniel Evans of Great Britain in Sunday’s second round of qualifying, with the winner earning a berth in the main draw that begins Monday. Evans, the No. 6-seeded qualifier who is ranked No. 147 in the world, rallied from a set down to defeat German Dominik Koepfer 3-6, 6-3, 6-4 on Saturday.