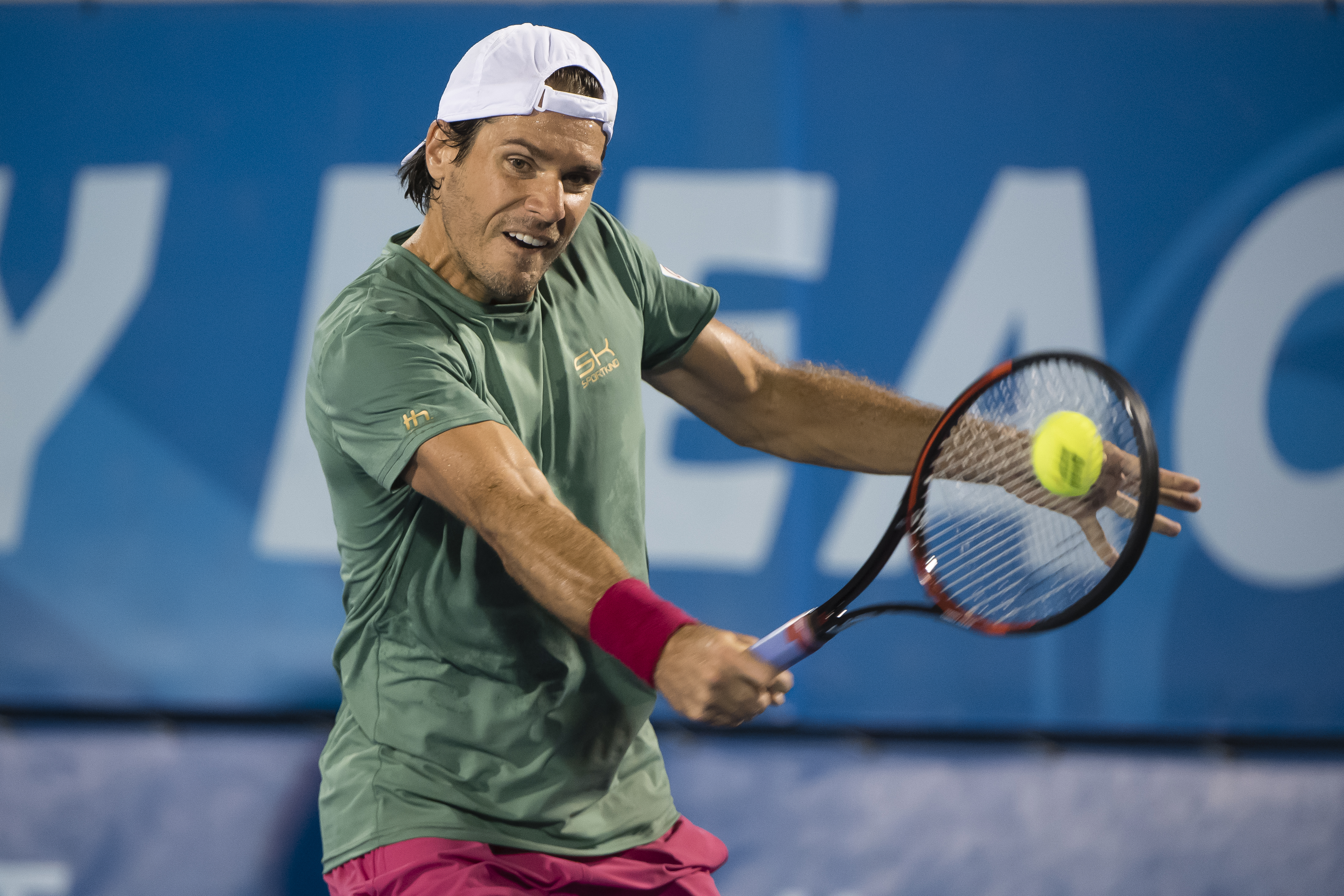 Getting underway President’s Weekend on February 15, 2019, Team Americas will battle Team World to try and regain their title after Team World won the 2017 and 2018 events. Consisting of seven singles matches and two doubles matches in total, the first team to win five matches wins the ATP Champions Event.

“Our legends weekend gets stronger every year,” said Mark Baron, Tournament Director. “A lot of guys want to play, they like the team format and it puts a little more on the line for them. Fernando has been so strong and so well received the past couple years, now adding Tommy Haas, a former champion here, and Henman, a true gentleman and legend of the game, our fans are going to really enjoy this one.’

Making his first appearance in Delray Beach on the ATP Champions Tour, Haas (of Germany) will also make his debut as the Captain of Team World. During his career on the ATP Tour, Haas captured 15 singles titles and finished eight seasons ranked in the top ten. A familiar face to local tennis fans, Haas boasts career singles wins over Novak Djokovic, Roger Federer and Andre Agassi defeating them at least three times each.

“Delray Beach holds wonderful memories for me having played in that stadium so many times, felt so much energy from their incredible fans and of course winning in 2006,” commented Tommy Haas, 2006 Singles Champion. “I’m honored to be returning, captaining Team World and trying to be the first player to win both an ATP Tour title and ATP Champions Tour title in Delray.”

Team Americas Captain, Fernando Gonzalez of Chile, will be making his third straight appearance in Delray Beach. During his career on Tour, Gonzalez won 11 ATP singles titles, was ranked as high as No. 7, played two ATP Tour year-end finals, won bronze in singles and gold in doubles at the 2004 Athens Olympics and silver in singles at the 2008 Beijing Olympics.

Joining Gonzalez is Jesse Levine, a Canadian native, who played Delray Beach four times while on Tour and was a member of the Canadian Davis Cup Team, and Jan-Michael Gambill who is a two-time former singles champion at Delray Beach and doubles champion with Andy Roddick in 2001. During his ATP career, Gambill won three singles titles, five doubles titles, represented the U.S. twice in Davis Cup play (1998 and 200) and had a career-best ranking of No. 21.

Making his first official appearance in Delray Beach’s ATP Champions Tour Event is American Jay Berger who, in addition to winning three singles titles and reaching a career high ranking of No. 7 on the ATP Tour, represented the U.S. Davis Cup in 1988 and 1990 and later became the head coach at the University of Miami. Berger is now a National Coach for the USTA Player Development program while coaching Jack Sock (the 2016 singles champion at Delray Beach).

With the 2019 legends match-ups already scheduled, tennis fans can take advantage of the holiday discount available through January 4, 2019, with 50% off all ATP Champions Tour matches compliments of new presenting sponsor Vitacost.com. More information is available at: https://yellowtennisball.com/vitacost-com-welcomed-as-presenting-sponsor/.

In addition to entertaining ATP Champions Tour legends matches taking place Presidents Day Weekend, the ATP 250 qualifying will be underway on Court 1 and 4 with players battling for the final four spots remaining in the main draw. Along with this, top 20 ATP stars lined-up to play the main draw will be hitting

the practice courts throughout the weekend including Kevin Anderson, Milos Raonic and the Bryan Brothers in addition to 2018 defending singles champion Frances Tiafoe and Nick Kyrgios. Around the grounds, guests can also enjoy VIP fêtes, live music, top-shelf drinking and dining, family activities, and a local art scene.

A complete schedule of all Delray Beach Open by VITACOST.com match times and ticket opportunities is at YellowTennisBall.com. Tickets can be secured online or by calling 561-330-6000.

Disclaimer – Match schedule, including the number of sessions, dates, times, number of matches and players scheduled are subject to change. Tickets are not eligible for refund or exchange.