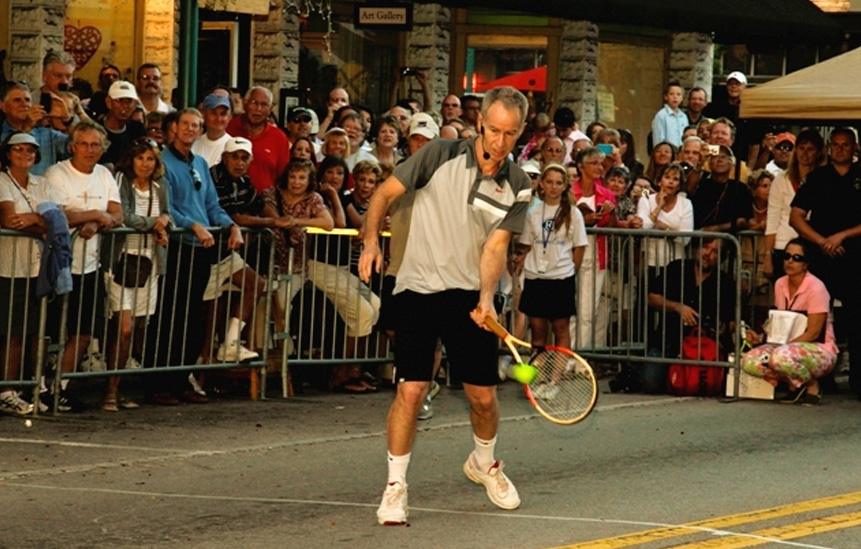 Posted at 20:24h in Newswire by KaceyCarr 0 Comments
13 Likes
Share

DELRAY BEACH, FL: John McEnroe and the Bryan Brothers will be the first inductees into the Delray Beach Open’s new Walk of Fame, and will be honored during the upcoming 2018 event.

Up to four players will be honored annually for their on-court performances in Delray Beach and off-court impact on the community that has hosted them over the tournament’s 20 years in south Palm Beach County.

An art aficionado and gallery owner in New York City, McEnroe was also the guest of honor for the opening of the Delray Beach Arts Garage in 2011.

All-time doubles greats Mike & Bob Bryan are making their 10th appearance in Delray Beach in 2018. Not only have the twins won four Delray Beach doubles titles and reached another pair of finals, but they have hosted clinics for children and sponsors, performed musically for fans as the Bryan Brothers Band on the event’s live music stags and privately at functions throughout the event.

The Bryan Brothers have won 16 Grand Slam titles and 114 ATP World Tour titles, and held the No. 1 doubles team ranking for 10 years.

McEnroe will be presented with his award following his Day Session match on Saturday,  Feb. 17th,  while the Bryan Brothers will be honored following their first-round ATP World Tour doubles match on Wednesday evening (Feb. 21).

Banners denoting Walk of Fame inductees will be displayed on the main walkway light poles at the Delray Beach Stadium & Tennis Center site.