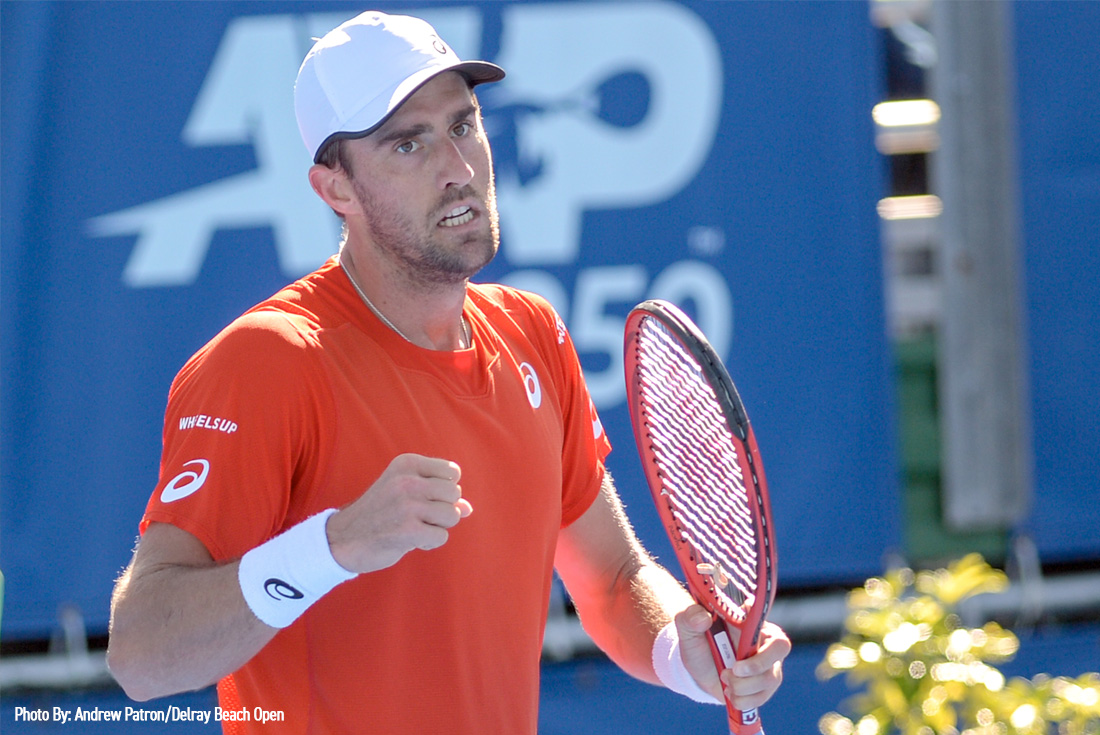 DELRAY BEACH, Fla. – It’s only two matches, but any winning streak is a huge positive for American Steve Johnson.

Johnson overcame less than ideal conditions to defeat Paolo Lorenzi 7-5, 7-5 Thursday afternoon and earn a spot in the quarterfinals of the ATP Tour’s Delray Beach Open. It’s Johnson’s second win here this week at the Delray Beach Stadium and Tennis Center where he snapped an agonizing nine-match losing streak in his first-round match Tuesday.

The win advances the world No. 34-ranked Johnson, who is the No. 4 seed here this week, to his fifth quarterfinal appearance in Delray Beach. It also further puts the angst of the losing streak further in the rearview mirror.

Johnson needed to play a patient game against the 37-year-old Lorenzi, who is ranked No. 105 in the world, and pick his moments to be aggressive while dealing with 82-degree heat and swirling winds.

“Probably one of the worst days I’ve had here in Delray,” Johnson said. “It’s always windy, but the wind was swirling and gusting. I was having a hard time being really accurate with my shots. I tried to play as passive as possible and not beat myself. Just glad I served well today.”

Johnson registered seven aces with only two double faults and won 86 percent (31/36) of his first-serve points, compared to 64 percent for Lorenzi, who had five double faults.

“With the wind, if you don’t hit it clean it’s gone,” said Johnson, who mishit a handful of forehands during the eighth game of the second set when he missed a chance to break Lorenzi. “So I was kind of indecisive. That comes with lack of winning and getting confidence back, but with another win today I just get another chance tomorrow to clean things up.”