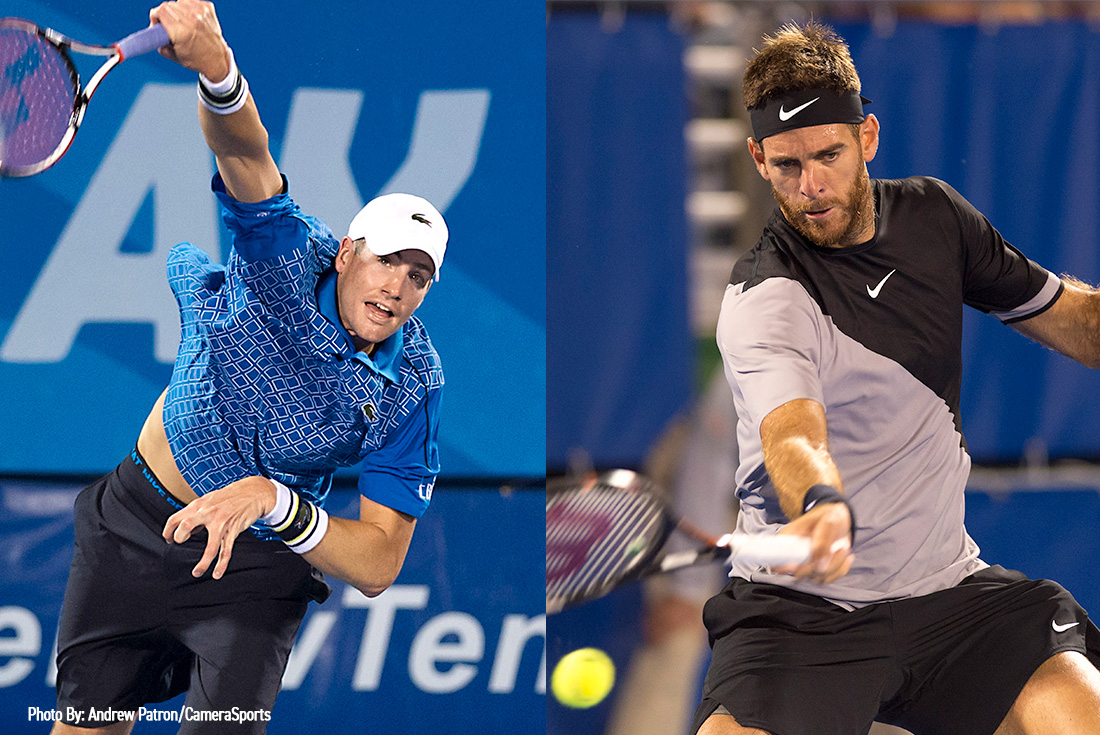 In addition to the All-American matchups, #5 seed John Millman of Australia will be facing fellow countryman Nick Kyrgios. Receiving a wildcard in the singles main draw was Lloyd Harris of South Africa who is currently ranked #98. While Harris has accepted a wildcard for Delray Beach, Milos Raonic is withdrawing from the event due to an injury.

Making his fifth appearance and starting his season for the third consecutive year in Delray Beach this year, del Potro will play his first-round match Tuesday, February 19th, at 8:00 p.m. against Yoshihito Nishioka following 2018 Singles Champion Tiafoe playing a qualifier at 6 p.m. in a blockbuster night of play. Also scheduled to play on Super Tuesday, February 19th, during the day session is Isner facing Canadian Peter Polansky.

In the doubles action, Greatest Doubles of All-Time Bob and Mike Bryan – the Bryan Brothers – are returning as the top seeds in their 11th appearance in Delray Beach where they have reached the finals six times and captured the doubles title four times. The Bryan Brothers will play their opening match Wednesday night, February 20th against German duo Kevin Krawietz and Andreas Mies. Seeded #2 in the doubles main draw are Great Britain brother duo Ken Skupski and Neal Skupski.

Swinging underway on Saturday in the singles qualifying draw, American young guns Bjorn Fratangelo and American Donald Young will battle each other to advance one round closer to the main draw. Prior to this, Young was a finalist at Delray Beach in 2015 and a semifinalist in 2017.

New this year, opening weekend will see the inaugural First Serve Tennis Ball and ATP Pro-Am. The “Tennis Ball” on Saturday evening February 16 will feature a lavish dinner and open bar with live entertainment starting at 6:00 p.m. followed by box seats at the Team World vs. Team Americas ATP Champions Tour matches.  On Sunday, February 17, the Pro-Am tournament will swing underway at 9:30 a.m. with 12 teams comprised of an amateur and an ATP professional player competing against each other. The top two teams from the morning session will play against each other in the Pro-Am championship match on Stadium Court between the day’s two scheduled ATP Champions Tour matches. The championship match will include a chair umpire, ball kids, Hawkeye Live electronic line-calling and all match amenities afforded ATP pros, as well as a raucous crowd. For “Tennis Ball” tickets or to participate in the ATP Pro-Am, contact Sonny Maken at First Serve directly at Sonny@firstserveusa.org or at 561-767-0220.