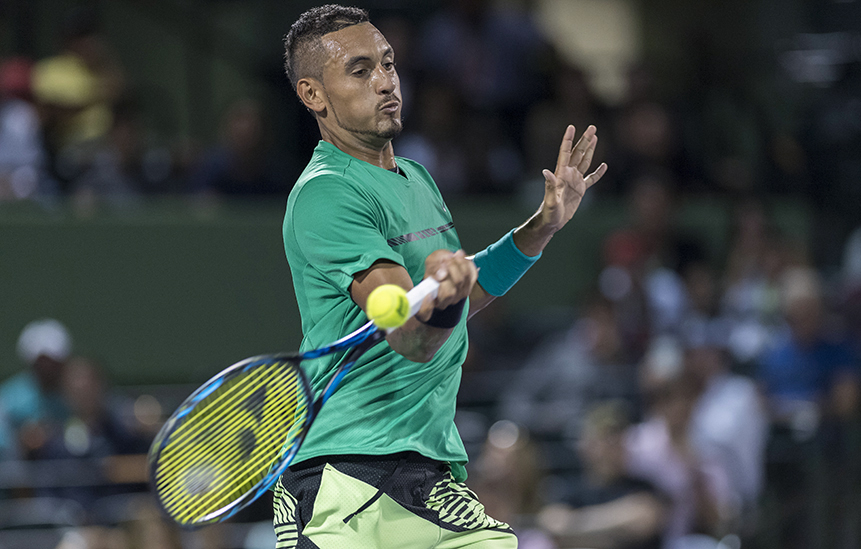 DELRAY BEACH, FL: Nick Kyrgios has withdrawn from the Delray Beach Open due to a right elbow injury.

With the No. 5-seeded Kyrgios out of the main draw, Canadian Milos Raonic acquired the tournament’s No. 9 seed and will play Taro Daniel of Japan in a first-round match on Tuesday to kick off “Canada Day” at 12:30 pm.

Kyrgios injured the elbow while participating in Australia’s Davis Cup matches two weeks ago, and also withdrew from the ATP event in Rotterdam last week.

“It’s disappointing not being able to play this week,” said Kyrgios, who has been training in Delray Beach for the last few days in hopes he could play. “I was working hard to be able to be fit and healthy but my elbow needs more time. I’ll continue to keep trying to get it right.”

Taking Kyrgios’ place in the draw is Brit Cameron Norrie, the lucky loser in Sunday’s final qualifying round. Norrie will play No. 8 seed Hyeon Chung, the Australian Open semifinalist, on Monday at 12:30 pm.

In addition to Smith, qualifiers who won their matches Sunday and gained entry to the main draw include Ramkumar Ramanathan of India, Franko Skugor of Croatia and Alexander Bublik of Kazakhstan.