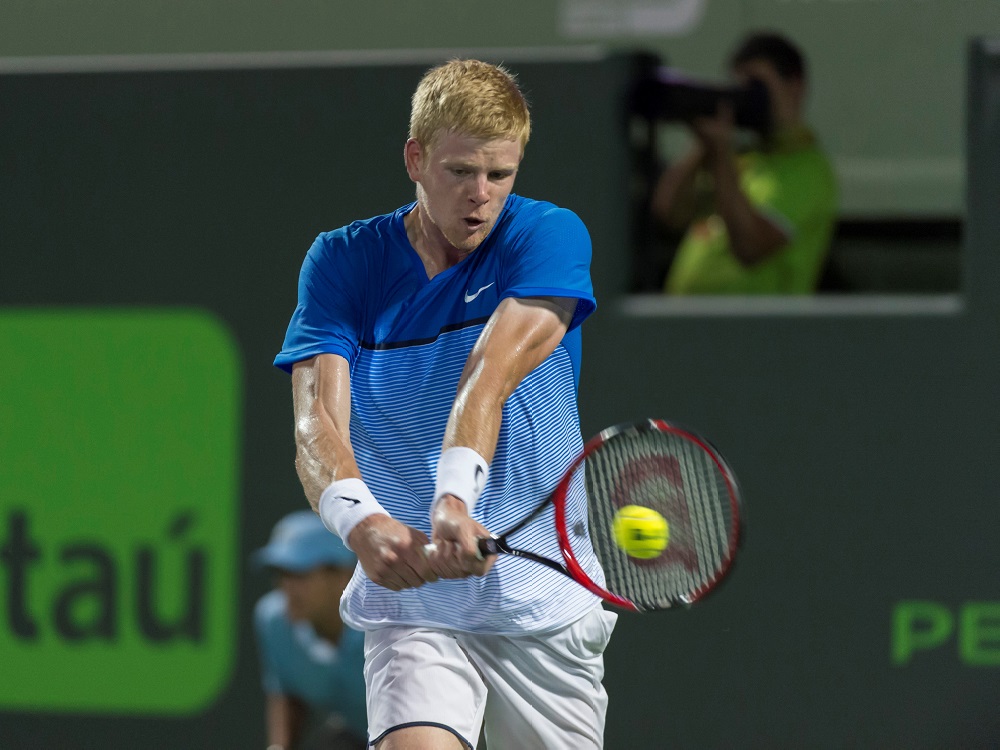 Posted at 03:26h in Newswire by DBOadmin2 0 Comments
7 Likes
Share

If he maintains his No. 3 ranking, the 26-year-old Raonic would be the highest ranked player in the tournament’s 25-year history. He will play his first-round match on Tuesday, Feb. 22 at 12:30 pm in the day session’s feature slot.

The Canadian reached last year’s Wimbledon final enroute to the highest ranking of his career.

Del Potro, 28, will play in the Tuesday evening prime-time slot at 8:00 pm. The Argentine returned to the courts a year ago in Delray Beach (from wrist surgery), and climbed from a ranking of 1045 ranked to No. 38. He was named ATP “Comeback Player of the Year” for the second time in his career.

The tournament also announced that the Bryan Brothers, who will be in search of their fifth Delray Beach title, begin that quest on Wednesday, Feb. 22 in the evening’s feature match at 8:00 pm.

Complete tournament information can be found on the www.YellowTennisBall.com website.

ANDERSON, TOMIC AND JOHNSON ROUND OUT TOP FIELD

25th Anniversary Event Could Be Strongest in History

Anderson, a Delray Beach resident making his eighth straight appearance, is 14-6 in the tournament and also reached the 2014 Delray final. The 30-year-old South African moved to a career-best world No. 10 ranking after defeating No. 1 Andy Murray to reach the 2015 US Open quarterfinal, but he suffered an injury-riddled 2016 season.

Tomic, 26, began this 2017 season ranked No. 26 in the world, and is 5-3 in three previous Delray Beach appearances. The winner of three career ATP titles reached a career-best No. 17 ranking in 2016.

Johnson, 27, is making his fourth straight Delray Beach Open appearance, and has a 6-3 record in the tournament where he was a 2014 semifinalist. The Californian won his first ATP title last year in Nottingham, was the doubles bronze medalist in the Rio Olympics (w/ Sock) and also reached the Rio singles quarterfinals before falling to Murray.

The surprise entry is Haas, who hasn’t played in an ATP World Tour event in more than a year after undergoing his ninth career surgery. Haas reached No. 2 in the world in 2002, is a four-time Grand Slam semifinalist and has won 15 career ATP World Tour singles titles. In a late-career resurgence, he won a pair of ATP titles and reached the Roland Garros quarterfinals in 2013.

Haas is also the tournament director of the Indian Wells Masters Series 1000 event. He will be playing in Delray Beach for the ninth time where he is 11-7.

Coric reached his first ATP World Tour final in Chennai last year and his first Master Series 1000 quarterfinal in Cincinnati. He was the youngest player in the Top 50 in 2015 as a 19-year-old.

Edmund moved into the Top 50 in 2016 and reached his first ATP World Tour semifinal at Antwerp. He was on the winning 2015 British Davis Cup team.

Kokkinakis missed the 2016 season with a shoulder injury that required surgery, but he reached a career high No. 69 in 2015 as one of four teenagers to break into the Top 100. He won the Brisbane doubles title last week for his first career ATP World Tour title.

Three wild cards are still available for the tournament, plus two “special exempts” held by the ATP World Tour, to bring its field of players to the full 32.