Q&A with Nishioka on a Special Final 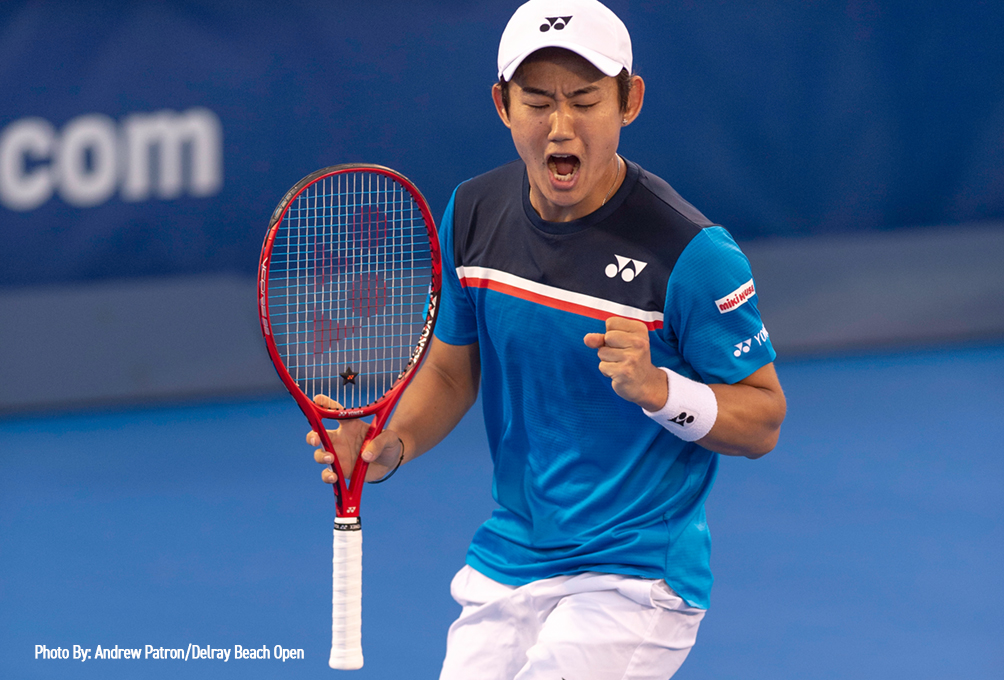 Q & A with Yoshihito Nishioka

Nishioka: It’s going to be very special for me. I’ve practiced with him many times when I was a Junior. He’s taught me many things. Also, he’s our hero. I want to be like him. If I get the trophy, I want to show him.

Q: You came out of the qualies to reach the quarterfinals here in 2015 in your first appearance in Delray Beach. What do you remember about that tournament?

Q: It’s been a long two years since your first ATP victory. You had the ACL injury in Miami in 2017. Did you ever give up hope that your could get back to a final during that difficult year of rehab?

Nishioka: Rehab was very tough. I was told that they’ve never seen a men’s tennis player with an ACL injury and coming back again to your best ranking. I was a little bit mad. After a couple of days, my mind was like, okay, what am I going to do. After (the injury) I was in Japan for a whole year. I did many things. I met many people, I watched History Channel, did many things. Maybe it’s not good for my tennis, because I wasted like a year, but in my life I think it was a good time for me.

Nishioka: Last year we went golfing, but this year I’ve had no time this time. I feel like time is going slower (here), not like in New York City. If I have time I want to go do maybe some water sports.