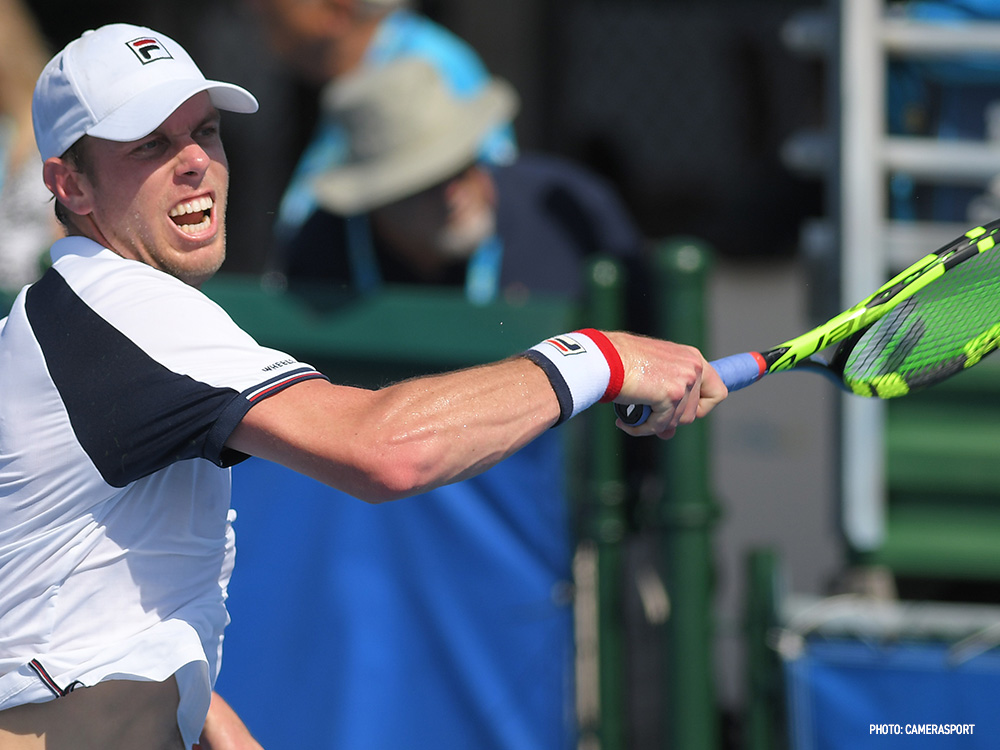 20 Feb Querrey Makes It Six In a Row

DELRAY BEACH, FLA. – Defending champion Sam Querrey needed only 53 minutes to register a first-round win Monday and take the initial step in defense of his title at the ATP Tour Delray Beach Open.

Querrey was leading Dudi Sela of Israel 6-2, 2-1 when Sela, a former top-30 player currently ranked No. 74, retired from the match because of a back injury.

Querrey arrived here ranked No. 35 in the world following a second-round loss last week at Memphis where he was ousted by eventual champion and fellow American Ryan Harrison, who notched his first ATP World Tour title. Querrey, who is the No. 4 seed at Delray Beach, made no excuses for the early exit, however.

“I just got beat last week,” he said of his straight-sets loss to Harrison. “He’s playing great right now. He’s really confident. I’m really happy for him to get that first title. Hopefully he keeps up that level of play.”

Despite needing less than an hour Monday to advance to the second round, Querrey knows that defending his title will not be an easy task. You have to go all the way back to Jason Stoltenberg—who won back-to-back titles in 1996 and 1997—to find the only player in the tournament’s 25-year-history to do the trick.

“This is always a tricky place to play with the wind,” Querrey said of the first outdoor North American tournament of the ATP Tour season. “You usually don’t come off the court feeling great, but any win gives you a little bit of confidence. . . . (But) it’s nice to be outdoors. The court’s a little more lively. And it’s always nice to come back to a place where you won.”

Querrey, who also is playing doubles here with partner Jared Donaldson, said that he feels his game is in good shape for making another title run here.

“I played well in Australia,” he said of his third-round performance Down Under. “It was fun to win here (last year). I want to make some more memories. This tournament is more of a mental battle, but I like playing here. . . . I feel bad for Dudi, but I’ll take the extra rest.”

The only other seeded player in action here Monday afternoon was No. 49-ranked Kyle Edmund. The No. 8-seeded Brit easily dispatched Frenchman Adrian Mannarino 6-3, 6-0.

Yen-Hsun Lu of Taipei rallied from a set down to beat American wild card Bjorn Fratangelo 4-6, 7-5, 6-4 in the final match of the tournament’s first afternoon of action. The 33-year-old Lu, ranked No. 63, next faces Edmund.