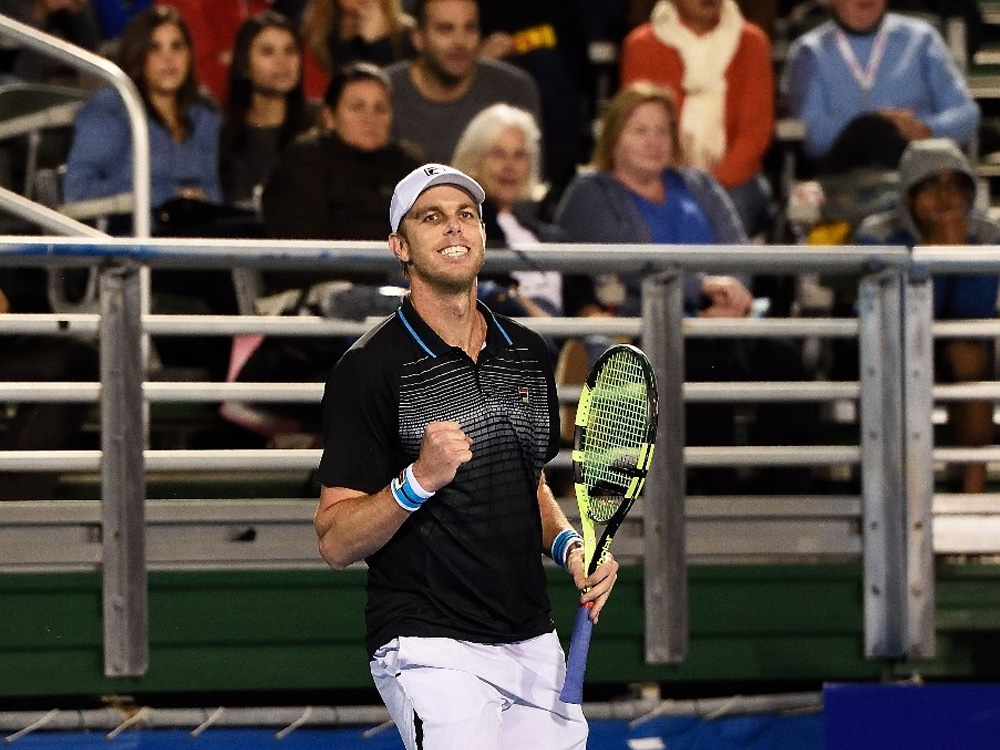 Querrey’s Delray Beach title, the eighth win of his career and his first since 2012, propelled him to his best season in recent years. Several months later, the American reached the Wimbledon quarterfinals after defeating world No. 1 Novak Djokovic.

The 29 year-old Querrey is making his ninth appearance in Delray Beach where he is 13-7. He also reached the semifinals in 2008 and the quarterfinals in 2007. He is currently ranked No. 27 in the world.

In addition to the five returning champions, the 2016 Delray Beach field will be co-headlined by top seed and world No. 4 Milos Raonic, American Jack Sock (No. 20) and Australian Bernard Tomic (No. 32).

The Bryan Brothers lead the 16-team doubles draw, which includes the 2016 Delray Beach doubles champion team of Oliver Marach of Austria and Fabrice Martin of France. The Bryans are going for a fifth Delray Beach title.

Tickets are available at YellowTennisBall.com/schedule or can be secured from the on-site box office (30 NW 1st Avenue in Delray Beach) or over the phone (561-330-6000 ext.1).

The qualifying tournament is held on Friday and Saturday (Feb. 18-19) prior to the start of the ATP World Tour main event (Feb. 20-26), with the top four qualifying finishers slotted into the main bracket.

Monaco, 32, has played in 21 ATP World Tour finals, three Olympic Games and is currently ranked No. 66 in the world. The veteran’s ranking would have placed him in the Delray Beach main draw, but his decision to play came after the field had closed. His presence in the qualifying tournament gives the event star power.

Four ATP World Tour’s NextGen Stars—players who are 21-and-under and ranked among the Top 200 players in the world—are also in the qualifying field.

That group includes local phenom Stefan Kozlov, an 18-year old from Pembroke Pines who already has reached world No. 120. He won his first Challenger event last November, and has also reached an ATP World Tour quarterfinal.

Chung’s two Challenger wins over the last three months have fast-tracked the 20-year-old up the rankings while the 21-year-old Yoshihito has been making steady progress. As a 19-year-old in 2015 he played in Delray Beach’s qualifying tournament, reached the main draw, and went on to a quarterfinal finish.

Donaldson, 20, won his first Challenger title in 2015 and reached the third round of the US Open last September.

Four veterans who have played in past Delray Beach main draws also are also entered in the qualifying tournament in hopes of qualifying into the main event.

They include German Benjamin Becker, who has played in seven Delray Beach main draws and reached the 2007 semifinals; 2004 Delray doubles champion Radek Stepanek of the Czech Republic; two-time ATP World Tour title winner and world No. 58 Steve Darcis of Belgium; and Kazakhstan’s Mikhail Kukushkin, who is looking to compete in his fourth straight Delray Beach main draw.

Darcis, like Monaco, decided to play in the Delray Beach Open after the 32-player field had closed. Now, he will need to finish among the top four in qualifying to land a berth in the ATP World Tour event.