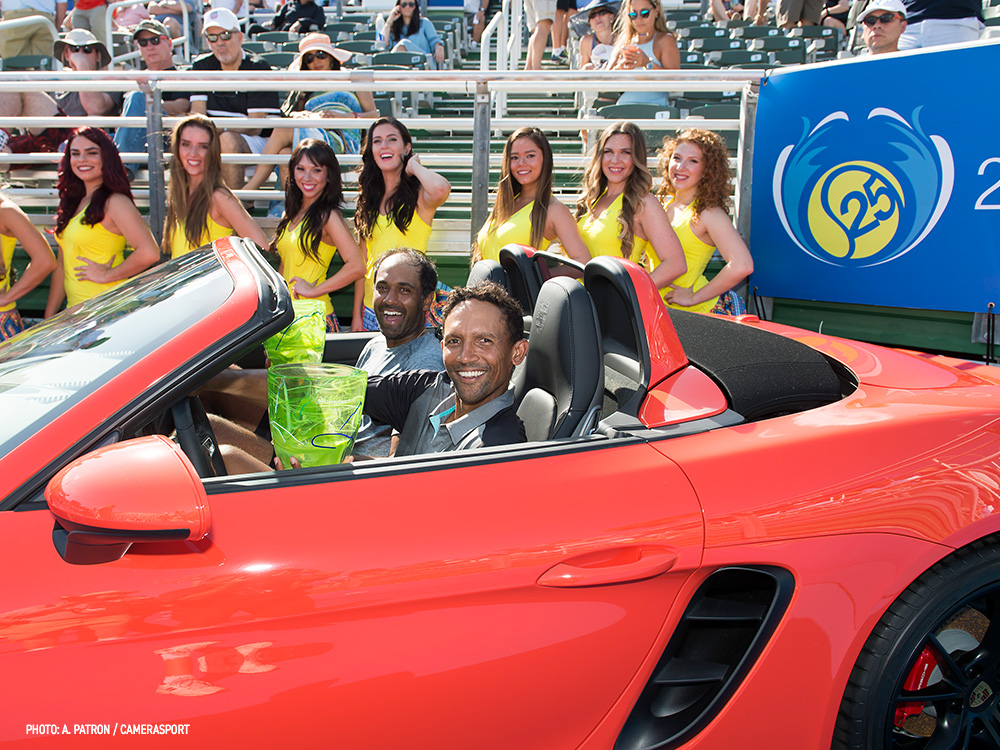 DELRAY BEACH, FLA. – Raven Klaasen and Rajeev Ram captured their fourth ATP World Tour title as a team Sunday when they defeated Treat Huey and Max Mirnyi 7-5, 7-5 in the doubles final of the Delray Beach Open.

It’s the second doubles title at Delray Beach for Ram, who paired with Scott Lipsky to take the title in 2011. Ram also was the singles runner-up here last year, losing to Sam Querrey in the finals.

“I think the conditions here fit me pretty well,” Ram said of his run of success at Delray Beach. “It’s a pretty quick court, lively ball. I’ve just played, for whatever reason, some of my better tennis here, and this year was also the same. I thought we played four pretty decent matches against good teams.”

Klaasen and Ram were the No. 2 seeds behind the 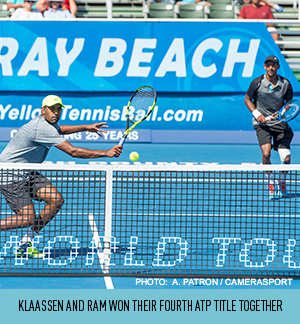 at Delray Beach, but the Bryans were ousted in their first-round match on Thursday. Huey and Mirnyi were seeded No. 3 here and have lost both of their head-to-head matchups against the South African Klaasen and American Ram.

The victory by Klaasen and Ram also denied Huey and Mirnyi their second ATP World Tour win as a team, as well as Mirnyi’s 50th career doubles title.

Klaasen joked that he’s just along for the ride playing with Ram and his history of success here.

“It seems like in Delray Beach, I’m just a sideshow,” Klaasen said, drawing laughter from Ram and the media. “I just have to be sure I don’t end up being the reason we lose matches.”

Klaasen said that he and Ram have worked hard to improve their games and it paid off this week in Delray Beach.

“I think this week was another progression for us as a team,” Klaasen said. “We had some adversities out there today and we managed to get things back under control and sneak out a win.”

Klaasen said he was upset with himself when he was broken by Huey and Mirnyi while serving with a 5-4 lead and a chance to close out the first set.

“That was quite frustrating for me personally,” Klaasen said. “I didn’t play a great service game, but then we turned it right around to get the break back and hold on to serve.”

“It’s a good start to our little (four-week) stretch of tournaments,” Ram said. “The whole week, even our first-round match on the outside court, we had great support. People really enjoy the doubles here. It makes it fun for us, and there was some entertaining tennis out there.”

Ram said that shortly before the doubles final began they learned that the singles final between top-seeded Milos Raonic and No. 3 seed Jack Sock would not take place when Raonic was forced to withdraw because of a leg injury, handing Sock the title in a walkover.

“It’s too bad. It would have been a cracker of a final,” Ram said. “I think the field was awesome this year, and all week the crowd was treated to some quality stuff.”