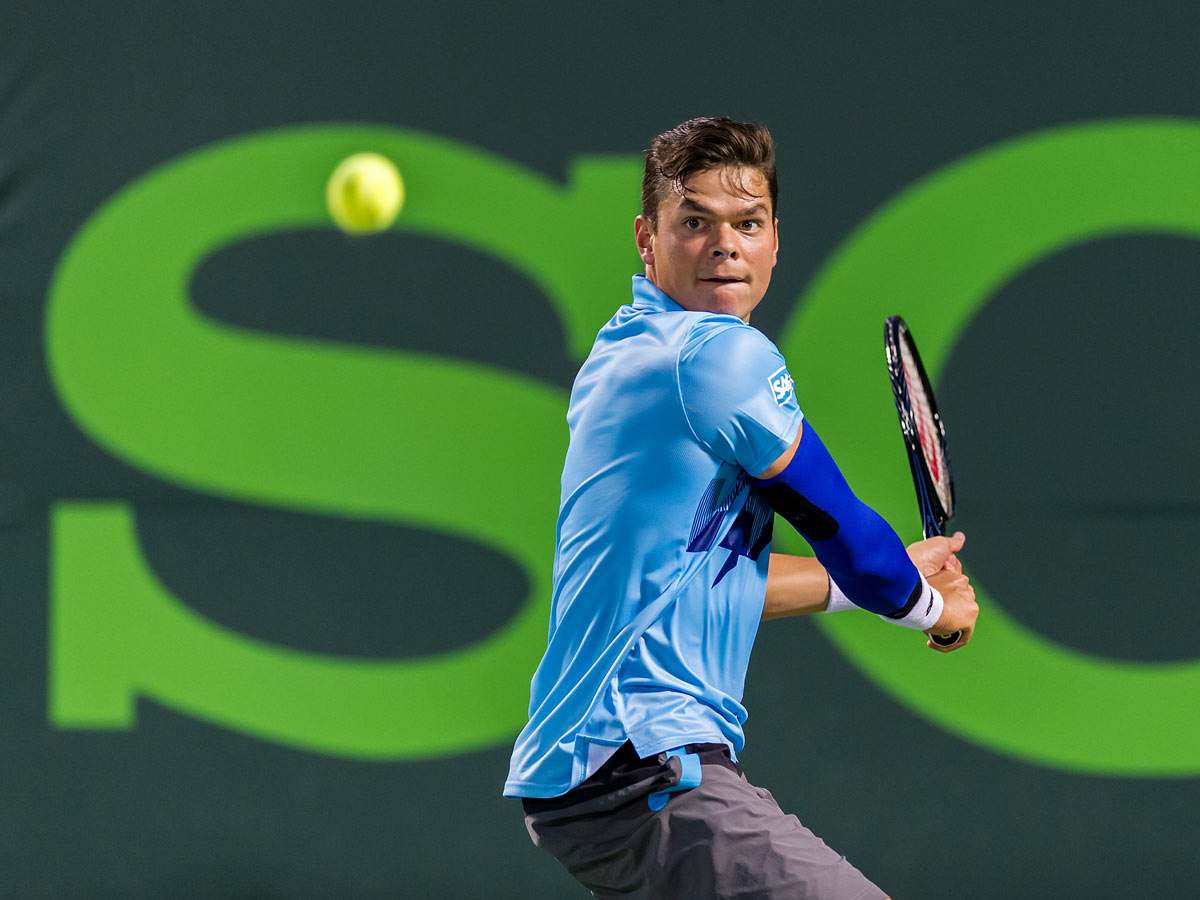 Posted at 11:58h in Newswire by DBOadmin2 0 Comments
6 Likes
Share

DELRAY BEACH, FL: Milos Raonic was looking forward to playing in the Delray Beach Open last February, but an injury kept him from making his debut in the ATP World Tour event. Now, the top Canadian in the history of professional tennis has made good on a promise to make the Delray Beach Open one of his 2017 early-season stops. Raonic is the first star to sign on to play in the 10-day tennis event that will be celebrating its 25th anniversary when it gets underway February 17-26 at the Delray Beach Stadium & Tennis Center.

“I know there is great support from Canadians in the area, and I definitely want to play in a venue with that kind of atmosphere,” said Raonic, who has moved up the ranking charts to world No. 6 after reaching the Wimbledon final in July against Andy Murray. “I am sad to have been unable to compete in it last year, but it adds to the excitement for me to come there and do well.”

“I have continued to hear good things about the tournament from my ATP peers, and I’m excited to visit Florida in February and play in the Delray Beach Open.” In addition to his Wimbledon run, Raonic reached this year’s Australian Open semifinal, won the Brisbane tournament and played in the Indian Wells and London finals. Along the way he has recorded wins over Top 10 players Roger Federer (twice), Stan Wawrinka, Jo Wilfried Tsonga, Tomas Berdych and Dominic Thiem.

The Delray Beach Open also announced that the record-setting Bryan Brothers doubles team, who last February were a part of arguably the most exciting doubles final in Delray Beach history, will also be returning in search of their fifth Delray Beach title.

The Bryan Brothers have won four DBO doubles titles in six finals appearances. They will be looking to build on their record 112 ATP tournament wins, and reaching their 1,000th career match wins – a feat accomplished only in singles by ATP legends Jimmy Connors, Roger Federer and Ivan Lendl.

“One of our priorities was to sign Milos as there’s widespread interest in seeing his incredible talent here in Delray Beach,” said tournament director Mark Baron. “And we expect that there will be an energized Canadian crowd to cheer him on. We are also welcoming back our fans’ favorite Bryan Brothers, which gives us a great start in putting together a fabulous tournament to celebrate our 25th year.”

The tournament has announced that Raonic is scheduled to play in the Tuesday (Feb. 21) day session while the Bryans will play in the feature match on Wednesday (Feb. 22) night.

With Raonic and the Bryans in the fold, the Delray Beach Open is launching its annual pre-sale ticket drive while tennis excitement is building toward the upcoming US Open.

Delray Beach fans can receive a 20 percent discount on 2017 individual reserved (sections A-J) and box seats purchased on-line or at the tournament box office (in-person or over the phone). The promotion runs through Friday, September 16.