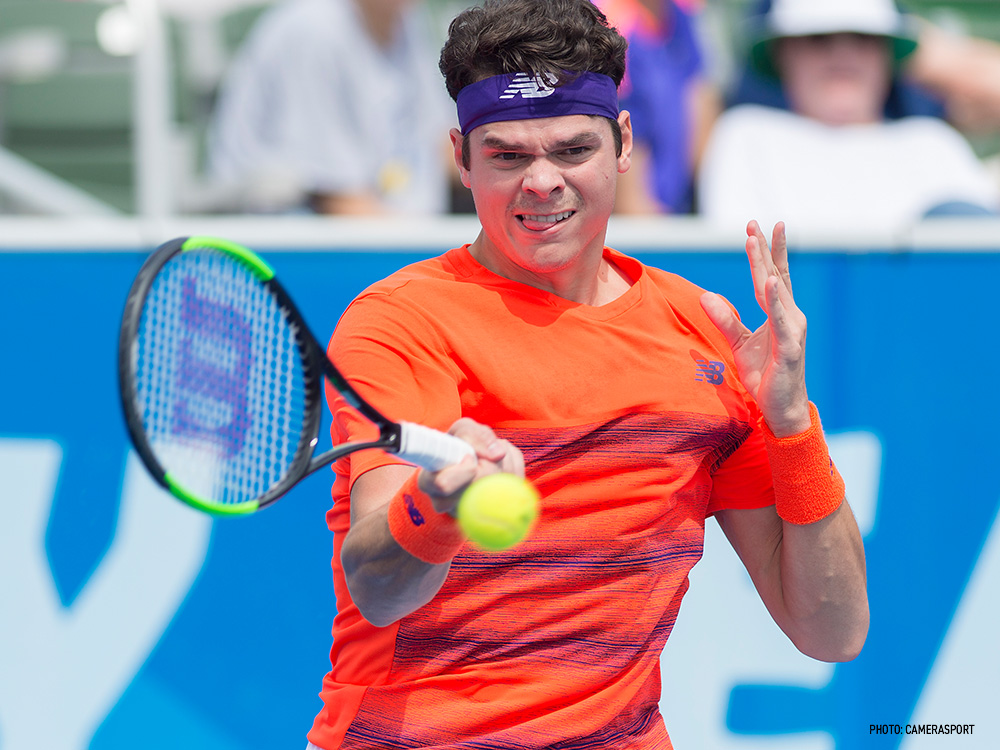 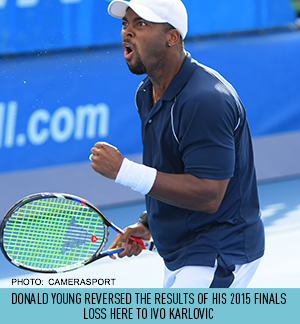 The Young-Karlovic pairing was a rematch of the 2015 Delray Beach final won by Karlovic, who also defeated Young at last year’s U.S. Open in their only other previous meeting. This time, Young was able to overcome 19 aces delivered by the 6-foot-11 Karlovic, who also had eight double faults.

“I just tried to focus on my serve,” said Young, who delivered a 121-mph ace to clinch the second tiebreaker and match. “It was very important to take care of my serve, make a few returns on his and make him hit a couple tough volleys, and I was able to do that today. . . . I was able to handle my serve better this time than I have in the past and to put a little bit of pressure on him. I was able to guess right, connect on a few, and I think that was the key today.”

Young said that he didn’t think Karlovic, who arrived here ranked No. 20 in the world, was “quite at his best,” but the 37-year-old Croatian didn’t make any excuses for his latest setback.

“It was a difficult match. It just didn’t go my way,” said Karlovic, who has struggled in his last three tournaments and now has lost five times in the first round at Delray Beach. “What you going to do? It’s life, ups and downs. That’s how it is sometimes.”

Karlovic had company on the losing side of the upset ledger Tuesday afternoon.

Tomic, ranked No. 31 in the world, raced to a 4-0 lead en route to winning the first set, but Darcis reversed the momentum in the second set and then rallied from a 4-1 deficit to claim the decisive third set. Darcis is the only one of the four qualifiers to make it through the first round here.

Raonic is making his Delray Beach debut, which is his first tournament since the Australian Open where he lost to Rafael Nadal in the quarterfinals.

“I haven’t played much tennis over the last few weeks,” Raonic said. “I really put in as much work as I could over the last week to get in my best shape. Now, I’m here, I’ve won my first match and I hope I can continue to play even better. I feel good. Obviously, I want to play well here.” 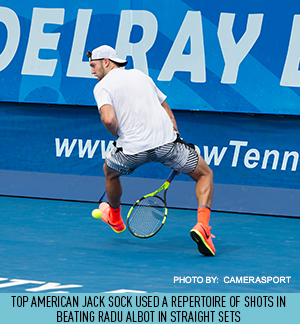 Sock, the top-ranked American at world No. 21, continued his hot start to the year, improving his match record to 8-1 for the season and is now the top seed remaining in his half of the bracket following Karlovic’s loss.

“Physically, I feel better than I ever have,” said Sock, who won his second ATP World Tour title last month in Auckland. “Mentally, I feel fresh, more calm on the court. I kind of have a good understanding of what I
want to do out there. As a point develops, I want it to be on my terms. I want to be the aggressive player.”

Sock said that more mature approach has improved his confidence and demeanor on the court.

“If it’s not working that day and a guy plays better than me, I’m not going to dwell on it like maybe I did in the past,” Sock said. “I’m going to learn from it and move on.”

Another American, Jared Donaldson, also advanced to the second round where he will face his doubles partner, defending champion and No. 4 seed Sam Querrey.

The other first-round winners on a busy Day 2 afternoon at the Delray Beach Stadium & Tennis Center were Spaniard Guillermo Garcia-Lopez, Damir Dzumhur of Boznia and Borna Coric of Croatia. All three won in straight sets.