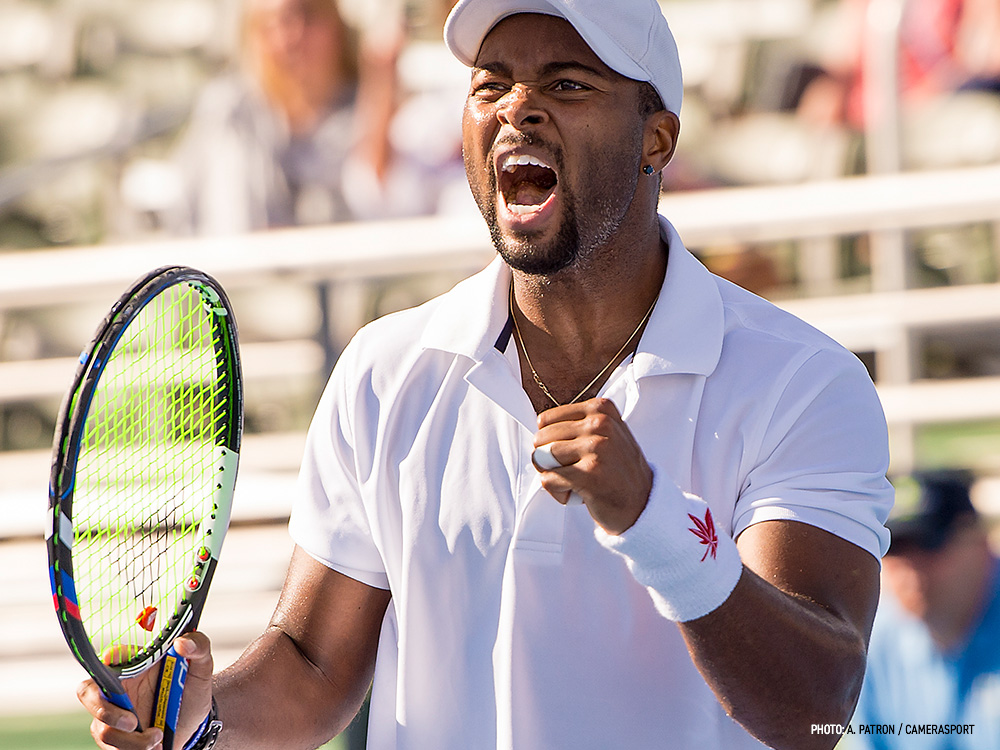 DELRAY BEACH, FLA. – Sam Querrey’s defense of his title at the Delray Beach Open has been a relatively easy road so far this week, but the 29-year-old American’s path could become a little bumpier this weekend.

Querrey, the No. 4 seed here, is No. 35 in the ATP World Tour rankings and is on a quest to become only the second player in the tournament’s history to capture back-to-back titles, which has not been done since Aussie Jason Stoltenberg accomplished the feat in 1996 and ’97. 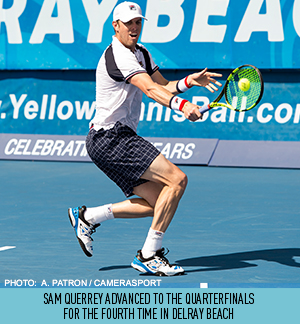 Querrey’s workload so far has included two straight-set wins, neither of which took more than an hour. He ousted fellow American and NextGenATP star Jared Donaldson 6-2, 6-3 Thursday afternoon to pencil his name into the quarterfinal bracket.

Donald Young also advanced by rallying from a set down to defeat fellow American Taylor Fritz despite a nagging knee injury and later found out that he will be given a pass into the semifinals when Steve Darcis withdrew from the tournament for personal reasons after advancing to the quarterfinals.

Querrey’s first-round win was on Monday when a back injury forced Israeli Dudi Sela to retire with Querrey holding a 6-2, 2-1 advantage.

“I had that weird-like Monday-Thursday schedule and I didn’t come here yesterday because it rained,” Querrey said. “I’ve spent very little time on-site this week.”

However, if he repeats his performance of a year ago here, Querrey will have a busy weekend, and it could begin in earnest Friday if No. 7 seed Juan Martin del Potro wins his second-round match late Thursday night. That would set up a rematch of last year’s Delray Beach semifinal when del Potro was beginning his ATP Comeback of the Year season.

Querrey played nearly flawless tennis against Donaldson, who is his doubles partner here – they play the top-seeded Bryan brothers tonight on the Stadium Court prior to del Potro’s match against unseeded Damir Dzumhur of Bosnia-Herzegovina. Querrey registered 13 aces with no double faults and won all but one of his 25 first-serve points against the 20-year-old world No. 100 Donaldson.

“Early in the match in the first set, I hit a forehand winner. That’s when I was like, alright, I’m committing to every shot,” Querrey said. “I was swinging freely through everything, served really well (and) was aggressive on second-serve returns. I just got to keep playing like that. I felt like I did a really good job of that.”

As far as competing against his doubles partner, Querrey said it “factors into nothing” on or off the court.

“We’re singles players and we want to win in doubles, but I don’t think either one of us thought about that,” Querrey said.

In another All-American matchup Thursday afternoon on the Stadium Court, Young rallied to defeat 19-year-old NextGenATP star Taylor Fritz 4-6, 6-3, 6-4. Young, who is coming off a semifinal appearance at Memphis last week, eliminated No. 2 Ivo Karlovic on Tuesday but struggled early against Fritz and needed a medical timeout in the first set to have a trainer address an issue with his left knee.

“It’s been bothering me when I jump or put pressure on it,” Young said of his knee. “Some days it’s better than others. Today it happened to be bothering me early in the match, but the ibuprofen kicked in.”

Young seemed somewhat amazed that he was able to overcome the pain in his knee and battle back from a set down.

“It’s all kind of a blur right now,” he said. “I was able to win. I don’t know how. (The knee) hurt kind of bad. I don’t usually call the trainer unless it’s pretty bad.” 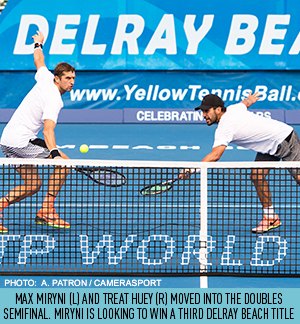 Young later learned that he unexpectedly will have Friday off because his quarterfinal opponent, Belgian qualifier Darcis, withdrew from the tournament for personal reasons after his 6-3, 7-5 win against Nikoloz Basilashvili earlier in the day. That gives Young an automatic slot in the semifinals on Saturday against either Jack Sock or Steve Johnson.

Young toppled Fritz – whom Young complemented for his overall game — despite committing 12 double faults. Fritz had nine aces to five for Young.

“Playing against these young guys is a little different pressure,” the 27-year-old Young said. “When you play these young guys, they want to beat you bad, (and) you don’t want to lose to them. I’ve been there before and the older guys didn’t let me in, so I’m trying to hold them off as long as possible. When you can win some of those close matches that in between, you know, you could lose, you could win, it gives you a lot of confidence. I’ve been able to do that a couple times these last two weeks.”

All the other matches contested Thursday afternoon were in the doubles bracket. Treat Huey and Max Mirnyi, the No. 3 seed here, defeated Tommy Haas and Vasek Pospisil 6-2, 7-6(5). Jonathan Erlich and Scott Lipsky won a thrilling 2-6, 7-6(5), 11-9 match against Brian Baker and Nikola Mektic. Rajeev Ram, the singles runner-up at Delray Beach last year, teamed with Raven Klaasen to oust Purav Raja and Divij Sharan 7-5, 7-5.0