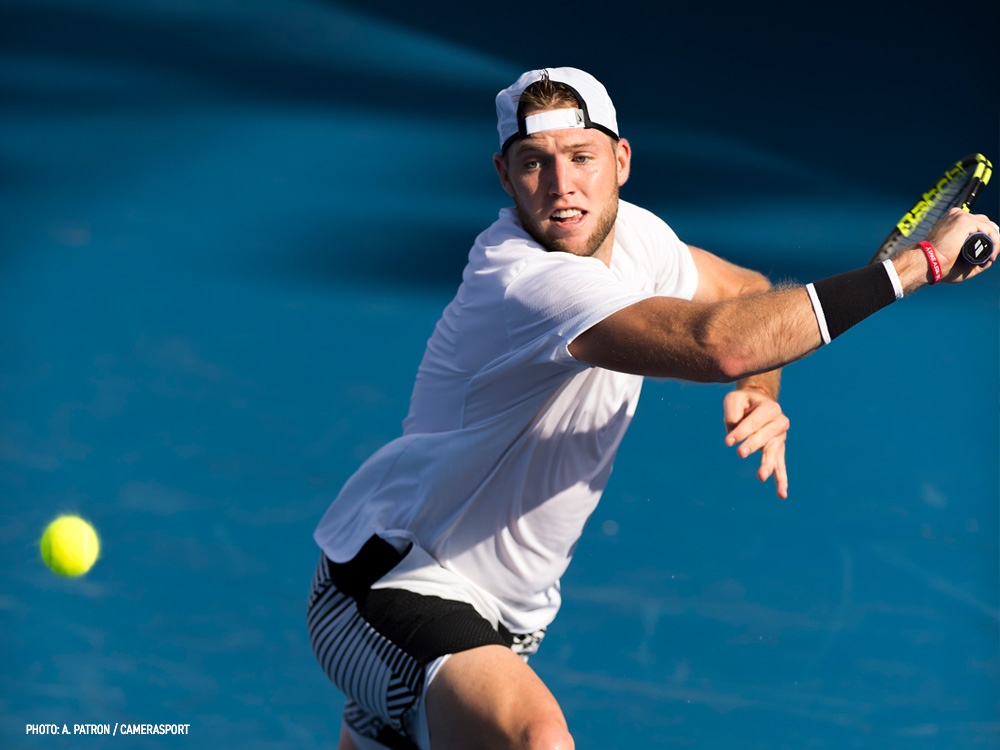 Sock, the World No. 21 top-ranked American, stretched his match record to start the season to 11-1 Saturday afternoon with a 6-4, 7-6(2) win against fellow American Donald Young in the first semifinal of the ATP World Tour Delray Beach Open. 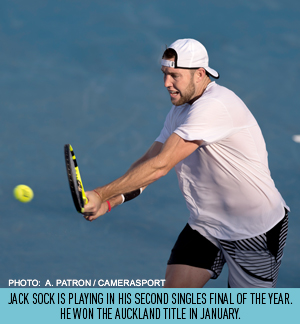 Sock, the No. 3 seed here, has won all four of his matches in straight sets this week, setting him up for a chance to notch his third ATP World Tour singles title and second this year, having already hoisted the championship trophy at Auckland last month.

“I’ve definitely been playing with a lot of confidence so far this year,” Sock said. “I started out the year with a title, which is the most ideal situation. It gives you that much more confidence going into the rest of the tournaments. I feel very strong, physically (and) mentally. The last few days I feel like I have a clear game plan of what I’m doing out there.”

Sock will face off against the winner of Saturday night’s other semifinal between top-seeded and World No. 4 Milos Raonic and No. 7 seed Juan Martin del Potro on Sunday at 3 p.m. on the Stadium Court at the Delray Beach Tennis Center.

Sock reeled off seven consecutive points after Young tallied the first two points of the second-set tiebreaker to clinch the match. The 24-year-old American now has won all three of his ATP World Tour meetings against the 27-year-old Young, who ousted No. 2 seed Ivo Karlovic in the second round here and reached the semifinals with a walkover win against qualifier Steve Darcis, who withdrew from the tournament for personal reasons following his quarterfinal win Thursday.

Sock said he wasn’t sure what to expect from Young, who can keep opponents guessing on his style of play from match to match.

“He’s just a tricky player in general,” Sock said. “You don’t really know what you’re going to get. I was just fortunate to play good into the second set and get through in straights. I thought I returned very well today. It was the first lefty I played this week, it was swirling out there . . . so I thought I was hitting it pretty well.”

Young was a finalist here at Delray Beach in 2015, losing to Karlovic that time, but fell a match short of reaching a Sunday match on this visit.

“Progress. A good two weeks,” said Young, who appeared in his second consecutive ATP World Tour semifinal after also reaching the semis at Memphis last week. “I don’t think either one of us played our best tennis today. I played the bigger points better than other matches, but not enough in the tiebreaker.”

Sock credits his success so far this season with a more balanced mental approach to the game.

“I’m just trying to play very relaxed and I think when I do that, I play my best tennis,” Sock said. “I still have that fire inside, but just kind of balancing it with just enjoying being out there as well.” 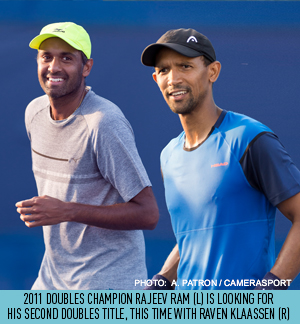 The No. 2-seeded doubles team of American Rajeev Ram and South African Raven Klaasen punched their ticket into the finals with a 6-3, 3-6, 10-1 semifinal win against American Scott Lipsky and Jonathan Erlich of Israel in the first match of the afternoon.

It’s the second consecutive year that Ram has played in a final on Sunday. He was the singles runner-up last year, losing to Sam Querrey in the final. Ironically, Lipsky was Ram’s playing partner when they won the doubles title here in 2011.

“I’ve always done alright here and I’m happy to be back on Sunday again,” Ram said. “The fans are great and it’s a fun place to be for me. And being an American, to play in another tournament in the States is really nice.”

Klaasen and Ram dramatically reversed the momentum that Erlich and Lipsky seemingly had switched to their side heading into the 10-point third-set tiebreaker. Klaasen and Ram lost the first point of the tiebreaker and then reeled off 10 consecutive points to clinch the match and a spot in the finals that will begin at 1 p.m. Sunday.

“Today, that was about as good as we can play in a 10-point (tiebreaker),” Klaasen said.