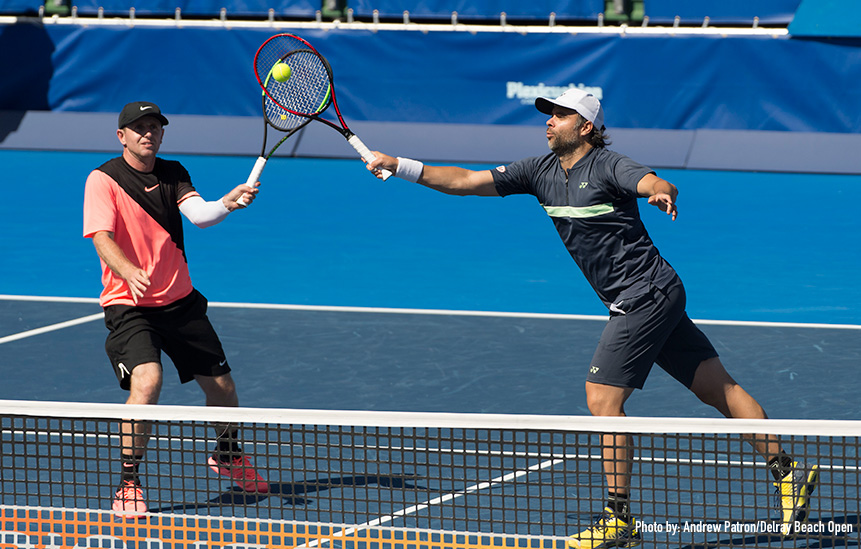 Chilean Fernando Gonzalez delivered the decisive victory for Team International in the nightcap Saturday after Levine earlier won his third match in two days with a 6-2, 7-6 (4) singles win against American Jan-Michael Gambill to give Team International a commanding 4-1 lead in the three-day event that is a prelude to the ATP World Tour’s tournament that begins Monday.

Levine jumpstarted Team International when he opened the competition with a singles win against Fish on Friday night. He returned to the court early Saturday afternoon and teamed with Gonzalez to defeat Americans John McEnroe and Gambill 6-4, 1-6, 10-5. Levine, who lives only a few miles south of here in Boca Raton, was back on the court about three hours later and beat Gambill to give the native Canadian a perfect 3-0 record here this weekend.

“Even though I play for Canada, it’s kind of like a hometown event for me,” Levine said. “It’s nice to play in front of a home crowd.”

Fish gave the Americans their only win when he defeated Brit Greg Rusedski 7-6 (2), 6-2 in the other afternoon match.

“He kicked my butt in ’03 in Nottingham, so I have some haunting memories of playing him,” Fish said of Rusedski. “It’s been a while since I played two matches in the same day, even on the regular tour.”

Gambill and McEnroe will try to restore some respect for Team USA on Sunday. Gambill faces Rusedski at 12:30 p.m. on the Stadium Court, followed by the final match between McEnroe and Gonzalez.

“He’s a legend and one of my idols,” Gonzalez said of McEnroe, who turned 59 on Friday.