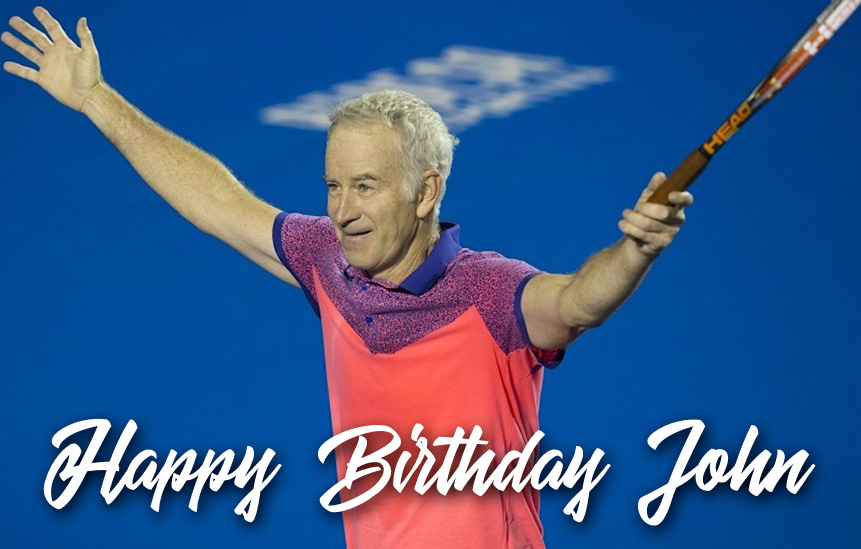 It was John McEnroe’s birthday, but Team International ended up celebrating at the end of the Opening Day at the Delray Beach Open,  taking a 2-0 lead over Team USA in the first matches of the ATP Champions Tour event.

Fish started his third appearance at the Delray Beach ATP Champions Tour event showing the crowd some of the forehands that led him to a career-high No. 7 ranking on the ATP World Tour – and the American was happy with his performance.

“I still got it,” he exclaimed after a perfect drop shot. Levine retorted: “I’ve seen you do a lot better than that.”

The Canadian answered breaking Fish’s serve on the 11th game and closing the first set on his serve, 7-5.  Levine took the good momentum to the first point of the second set, when he hit a passing forehand that was “the best shot of his life.”

Fish then used his serve and forehands to break Levine’s rhythm and was able to level the match by taking the second set, 6-4.

The American dominated the first points of the match tie-break and held a 6-3 lead, but Fish missed a sequence of shots that led to the 10-8 win for Levine.

“I didn’t know it would be that serious”, said Levine during the post-interview match. “It was fun getting out there and competing, and I’m used to getting out on the court and do a lot of coaching, but it’s been a little while since I played a competitive match. Mardy is a good friend of mine and we’ve played on the Tour, so I was just happy to get a little bit of revenge today.”

In the nightcap, McEnroe expected to give himself and the crowd a birthday present by leveling the series against Rusedski and Canas. The former world No. 1 showed great skills at the net and on his returns of Rusedski’s strong serve, but it was not enough to get a win. He got angry as the match went on.

“It’s my birthday, come on!” yelled McEnroe during the second set.

Even though his birthday didn’t end on a happy note, the American was happy to be back in Delray Beach.

“It is great to have another chance to be back here, I have to thank the crowd for wishing me a happy birthday,” said McEnroe, who turned 59 and was honored with a doughnut cake brought to the court. A video from several ATP stars included personal birthday greetings from Americans Sam Querrey and Jack Sock, Australian Nick Kyrgios and Canadians Denis Shapovalov and Milos Raonic.

McEnroe will be back again in doubles action tomorrow at 12:30 pm, teaming with former two-time Delray Beach champion Jan-Michael Gambill against Chilean Fernando Gonzalez, who reached a career-high No. 5, and Levine. At 2:30 pm, Fish plays Rusedski – this will be the second time they face each other—with the Brit winning the lone ATP World Tour match between them in Nottingham in 2003.

The Saturday evening session opens at 6:00 pm with a Gambill – Levine singles matchup. Fish returns to singles action at 8:00 pm against Gonzalez, who held a 2-1 lead in their ATP World Tour matchups.