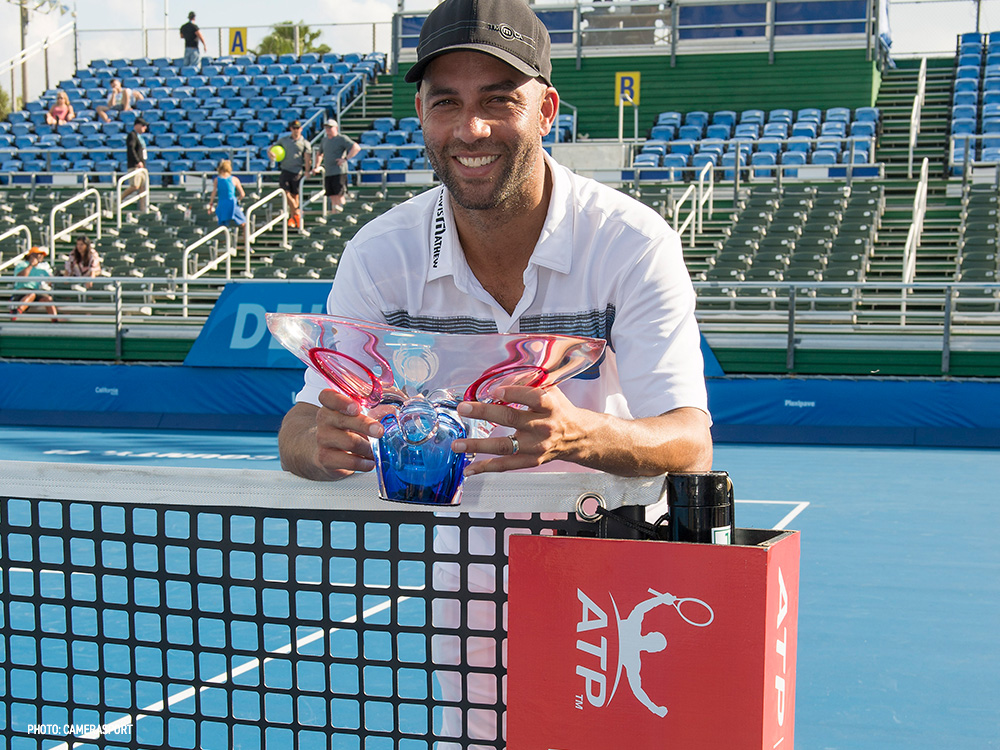 Gonzalez defeated Vince Spadea 7-5, 6-2, and Levine, a last-minute substitution, downed James Blake 6-2, 6-3, but it wasn’t enough to overcome the insurmountable lead that Team USA had built over the first two days of the three-day event.

Blake actually was awarded a walkover win in the final match of the day when Sebastien Grosjean of France had to default because of a leg injury he sustained on Saturday. Team USA – consisting of Blake, Spadea and Mardy Fish — won six of its eight matches against Team International, claiming the Delray Beach Cup for the second consecutive year.

Levine, who now lives in nearby Boca Raton, graciously accepted an invitation Sunday morning to replace Grosjean while also getting a chance for some payback against Blake.

“James pretty much took care of me on the regular tour, so maybe I got a little revenge today,” Levine said. “I received my first wild card here, so it’s special to come back.”

Blake, who won his other two matches (one singles and one doubles), was a two-time Delray Beach Open finalist (2007 and ’08) and said returning here rekindled some fond memories of his playing days on the regular ATP World Tour.

Blake acknowledged Levine got some payback on Sunday.

“Jesse did get some revenge. I knew today was going to be tough,” Blake said. “He was just better today. It was fun.”

Gonzalez accounted for both International wins over the weekend, defeating Mardy Fish 7-5, 1-6, 10-8 on Saturday.