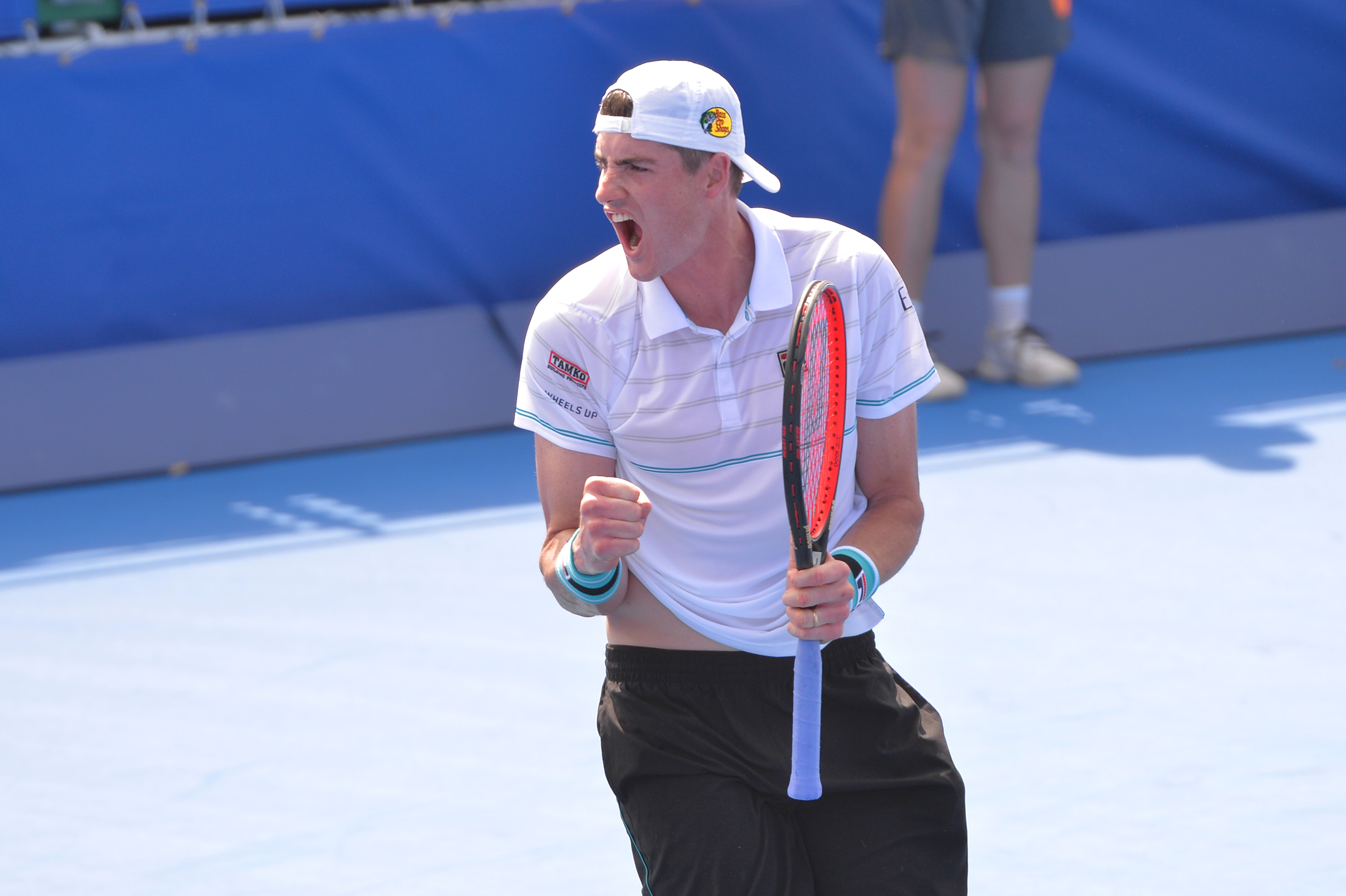 Kevin Anderson Withdraws from Event Due to Elbow Injury

Making his return to Delray on Tuesday, February 19th in the afternoon session, Isner is a three-time semifinalist in Delray Beach and will be making his seventh main draw appearance with a 10-6 career record.  This will also be the fifth time Isner is seeded in the top 2 in Delray Beach (2014, 2015) and was previously the top seed in 2012 and 2013.

“John is a proven veteran on Tour now, continually getting better with age. Delray Beach tennis fans have always supported him well and he has a few big weeks in front of him,” said Tournament Director, Mark Baron.  “I’m glad we can be a part of that, for him and our fans.”

In 2018, Isner won the biggest title of his career at the Miami Open Masters 1000 and has won 14 total career titles. Reaching a career high singles ranking of No. 8 in July 2018, Isner is the tallest top ten player in history and has won 30+ matches and finished 9 straight seasons ranked in the top 20.

Additionally, Isner has also reached the semifinals of Wimbledon, the quarterfinals of the US Open twice, and the Round of 16 three times at Roland Garros. Isner is known around the world for winning the longest match in tennis history in the first round of Wimbledon in 2010 defeating Nicholas Mahut 70-68 in the fifth set after 11 hour and five minutes of play over the course of three days.

While Isner has confirmed his return to Delray Beach, top ten ATP player Kevin Anderson is withdrawing from the event due to an injury.

“I am really disappointed to have to withdraw from Delray this year with an elbow injury which has been troubling me since Australia. I love playing in front of home fans, friends and family so this is a sore one to miss. I wish you all a great week and hope to be back next year,”
commented Kevin Anderson.

This year’s player field in Delray Beach consists of a star-filled line-up including former US Open and Delray Beach Open Champion Juan Martin del Potro (World No. 4), Milos Raonic (World No. 14), ATP sensation Nick Kyrgios and 2018 Champion Frances Tiafoe who is coming off a hot run at the Australian Open where he reached the quarterfinals.

Making his fifth appearance and starting his season for the third consecutive year in Delray Beach this year, del Potro will play his first round match Tuesday, February 19th, at 8:00 p.m. following 2018 Singles Champion Frances Tiafoe at 6 p.m. in a blockbuster night of play.

Scheduled to play Tuesday, February 19th, during the day session is Milos Raonic in addition to John Isner. In the doubles action, the Greatest Doubles of All-Time Bob and Mike Bryan will play their opening match Wednesday night, February 20th.

New this year, opening weekend will see the inaugural First Serve Tennis Ball and ATP Pro Am. The “Tennis Ball” on Saturday evening February 16 will feature a lavish dinner and open bar with live entertainment starting at 6:00 p.m. followed by box seats at the Team World vs. Team Americas ATP Champions Tour matches.  On Sunday, February 17, the Pro Am tournament will swing underway at 9:30 a.m. with 12 teams comprised of an amateur and an ATP professional player competing against each other. The top two teams from the morning session will play against each other in the Pro Am championship match on Stadium Court between the day’s two scheduled ATP Champions Tour matches. The championship match will include a chair umpire, ball kids, Hawkeye Live electronic line-calling and all match amenities afforded ATP pros, as well as a raucous crowd. For “Tennis Ball” tickets or to participate in the ATP Pro Am, contact Sonny Maken at First Serve directly at Sonny@firstserveusa.org or at 561-767-0220.