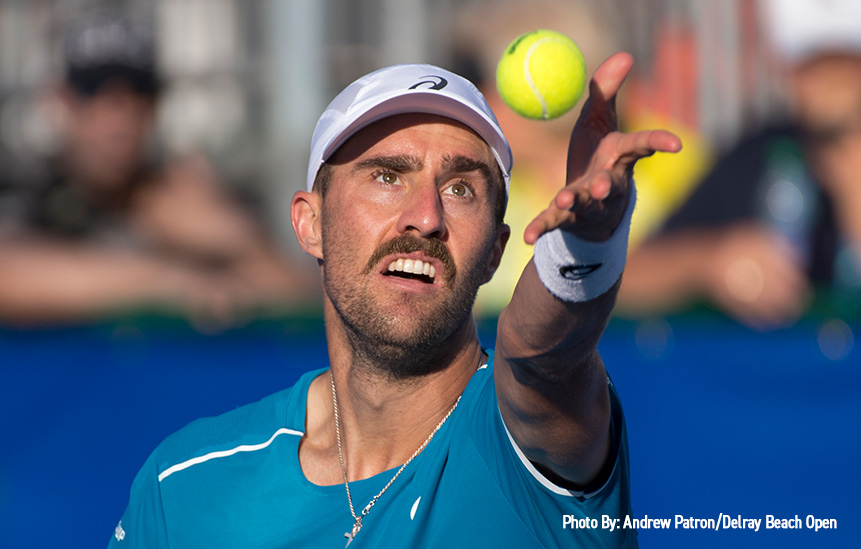 DELRAY BEACH, Fla. – It was a tough day for American John Isner, the No. 6 seed, and Canadian Milos Raonic, last year’s runner-up at the ATP World Tour Delray Beach Open, as the underdogs prevailed on the center stage.

Isner was ousted by German Peter Gojowczyk in a grueling match that included three tiebreakers and Raonic followed with a straight-sets loss to American Steve Johnson on the Stadium court in the featured afternoon matches on Day 3 at the Delray Beach Stadium and Tennis Center.

“What a battle,” Gojowczyk said of 2-hour, 32-minute match that was as back-and-forth as the scores suggest. “I tried to do my things well, even in the third set when it was almost over when he had three match points, I just tried to go for my shot and not hold back. I played well from love-40. Conditions were tough today, but I was lucky.”

Gojowczyk, who had not played Isner before Wednesday, has been something of a giant slayer in the early part of 2018. He also defeated defending Delray Beach champion and world No. 8 Jack Sock in the second round in Auckland.
It’s the second consecutive week that Isner has lost in the second round following last week’s early exit at the New York Open. He also lost his opening match at Auckland.

“I just lost. It was close, but it happens,” Isner, a wild card entry here, said. “(Gojowczyk) does what he does and he does it pretty well.”

Johnson didn’t need nearly as long ousting Raonic, whom the American never had beaten in three previous meetings, taking a 6-2, 6-4 win that took just 1:12. Johnson broke Raonic’s service early in both sets and won 86 percent of his first-serve points.
“It’s important to get those first points every game on my serve to give myself a little bit of breathing room, because when you get down and he starts hitting balls hard for winners it’s kind of out of your control,” Johnson said.

Despite reaching the quarterfinals here this week, Johnson said his game is not quite where he would like.

“I’ve been super up-and-down at the end of last year and beginning of this year,” said Johnson, who arrived here this week ranked No. 51 in the world. “Still trying to keep my head above water and just take it one day at a time. Any chance you get to play some more matches, it always builds more confidence. I did well today, made sure I hit some big targets and didn’t go for too much, and with the wind it’s tough.”

The only other singles match of the afternoon session was on Court 1 where Russian Evgeny Donskoy defeated American Donald Young 7-6 (6), 6-3. Young returned to the same court later in the afternoon for as second-round doubles match and teamed with Aussie Matthew Ebden to beat Canadians Peter Polansky and Denis Shapovalov 6-3, 5-7, 10-3. 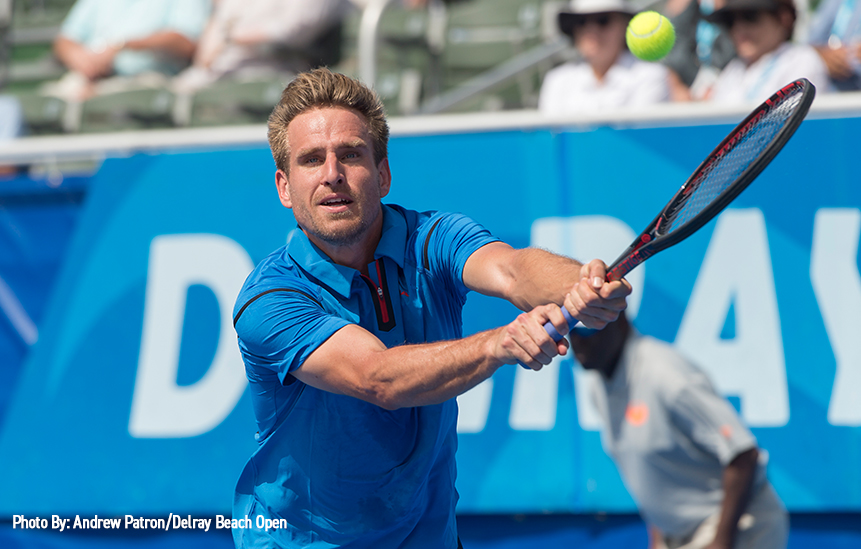