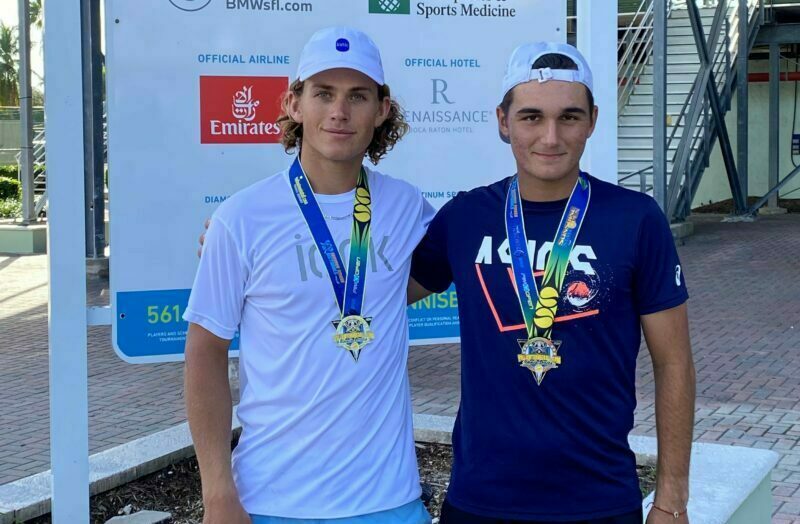 Dropping the first set 6-0 was no problem for 17-year-old Victor Lilov as he stormed back for a three-set victory to claim a wild card for qualifying at the Delray Beach Open by VITACOST.com in this past weekend’s Survivor Series event.

Lilov came through the 56-player field, clinching the final 0-6, 6-2, 10-5 over Canadian Liam Draxl. It was the third three-set win in the five matches Lilov played to earn the spot in February’s qualifying draw.

A Delray Beach resident, Lilov is ranked No. 6 in the ITF Junior rankings after adding a US Open quarterfinal to his Wimbledon runner-up finish this summer. He is now just two wins in the qualifying tournament from making his ATP Tour debut at February’s Delray Beach Open.

After winning last year’s Survivor Series, the 19-year-old Draxl was bidding to be the fifth player to twice earn the qualifying wild card. Playing at the University of Kentucky, Draxl finished last season as the No. 1 ranked college player, earning him National Player of the Year honors.

A second opportunity for any player to earn a wild card to join the ATP qualifying field will be held Jan. 1-4 in a UTR event at Pro World Tennis Academy. Players may register here: https://app.universaltennis.com/events/27457

The Delray Beach Open by VITACOST.com will be held Feb. 11-20 and will feature both an ATP 250 tournament as well as an ATP Champions Tour event.