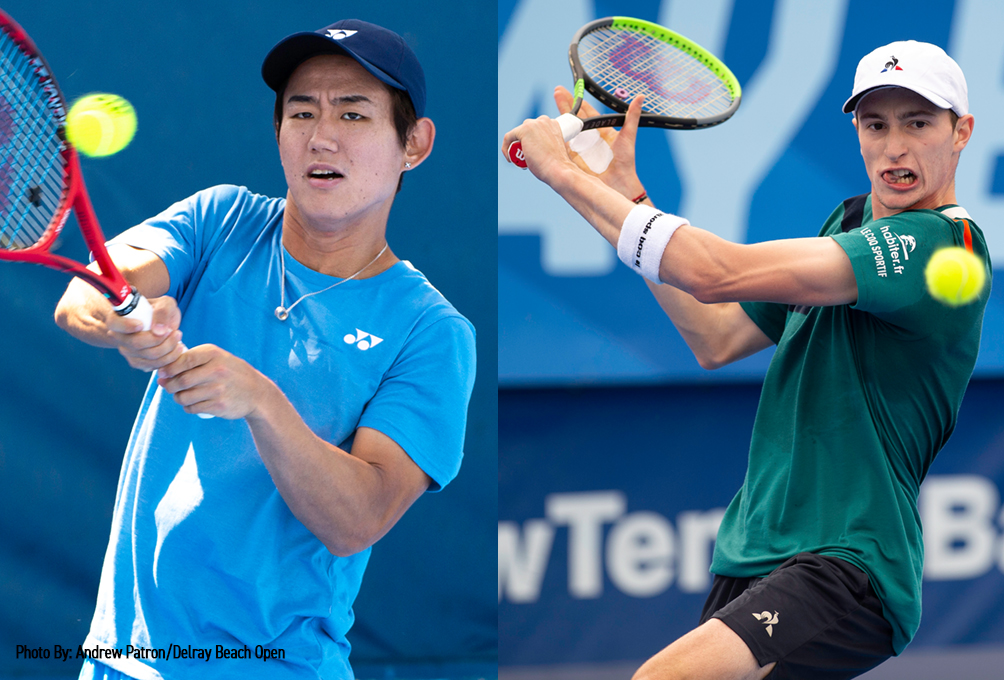 Nishioka, ranked No. 63 in the world, stopped an impressive ATP Tour debut by 18-year-old American Brandon Nakashima after Humbert, the No. 6 seed here, ousted American and 2018 Delray champion Frances Tiafoe.

Nishioka battled back from a set down and had to win a second-set tiebreaker to take down Nakashima, who turned pro only two months ago but defeated two Top 100-ranked players to become the first player in Delray Beach Open history to reach the quarterfinals in his ATP tournament main draw debut. Nishioka’s 3-6, 7-6(5), 6-4 victory against Nakashima and Humbert’s 6-1, 6-2 win against Tiafoe sets up an all-lefty semifinal on Saturday for only the second time in the tournament’s history, the only other one coming in 1995.

“I thought I had lost today,” Nishioka said while praising the play of Nakashima. “I just kept focusing. He never missed that much, his service game is perfect. It was a very, very tough match. The tiebreaker was very big. I played aggressive points and he missed a couple, but I think that’s experience. He should be a great player.”

The win improves Nishioka’s record in 2020 to 8-3 and should propel him to a career-high world ranking, but he admitted that he became “so nervous” when Nakashima rallied from down 5-1 to close the gap to 5-4 before Nishioka held serve in the 10th game of the set to close out the match.

“I started gaining some momentum there in the end, but fell a little short,” said Nakashima, who last year was the ACC Freshman of the Year at the University of Virginia before deciding to turn pro in December. “I was feeling pretty good and confident up until the end of the second set where he started gaining some momentum and getting a lot of balls back. After that, my energy dropped a little bit, started making some loose errors and stuff. It was pretty tough to come back from that. . . . I’ve obviously gained a lot of confidence from this tournament. It shows me I can compete with all these top guys.”

Nishioka said he expects an equally tough match against Humbert in the semifinals Saturday. Humbert, ranked No. 44 in the world, improved to 9-3 in 2020 and will be playing in his fifth career ATP Tour semifinal.

“It’s not very easy to play Frances. He has a big serve and big forehand,” Humbert said of Tiafoe, who had won his first two matches here this week in straight sets.

Humbert did not win his ninth match in 2019 until July. He chalks up his fast start this year to experience.